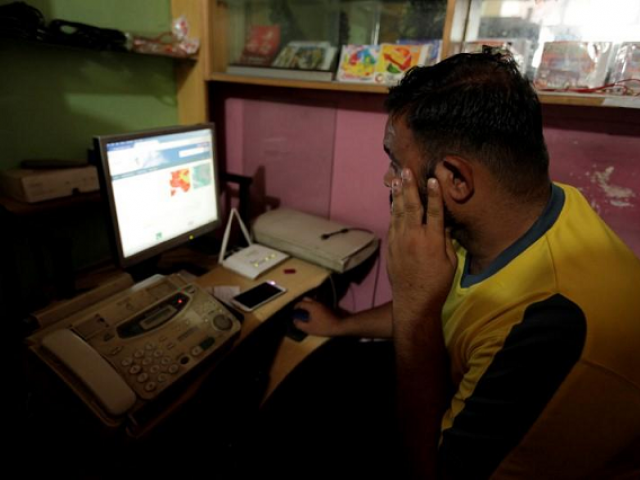 A man explores social media on a computer at an internet club in Islamabad, Pakistan. PHOTO: REUTERS

Freedom House released the Freedom on the Net (FoTN) report for the year 2017 which assesses internet freedom in 65 countries, accounting for 87 per cent of internet users worldwide. The report primarily focuses on developments that occurred between June 2016 and May 2017.

Meticulously researched by Digital Rights Foundation and research analysts at Freedom House, the FoTN 2017 report for Pakistan is an attempt to collate and evaluate the state-level violations of user rights, internet freedom, and implementation of censorship in Pakistan. The report ranks Pakistan “Not Free” for the sixth consecutive year.

Here are some of the key findings:

Mobile internet service was shut down for more than a year in the Federally Administered Tribal Areas, starting in June 2016
The Prevention of Electronic Crimes Act enacted in August 2016 introduced stronger censorship and surveillance powers with inadequate oversight.

A teenager was arrested for allegedly “liking” a blasphemous post on Facebook in September 2016; a court awarded the death penalty in a separate Facebook blasphemy case in June 2017.

Five bloggers known for criticizing authorities were abducted in January 2017; one later said a government institution had detained and tortured him. The fifth was still missing in late 2017.

Social media personality Qandeel Baloch was murdered by her brother in July 2016 for videos she shared on Facebook; separately in April 2017, journalism student Mashal Khan was killed by a mob who accused him of online blasphemy.

The overall ranking for Pakistan closes at 71 out of 100 (100 being the worst) for this year, two points down from last year’s ranking – declaring Pakistan “Not Free” for yet another year.

“While the laws and legislations are persistently passed to regulate the digital spaces, the Government of Pakistan is constantly stifling citizens’ right to free online media.

The government’s increased control on the internet is an example of the sort of democracy that Pakistan is governed under. These draconian legislations not only limit civil liberties, but also attack citizens’ constitutional right to freedom of expression.” Nighat Dad, the Executive Director of Digital Rights Foundation states.

“Moreover, the disproportionate measures by the government to suspend internet services in the already disrupted areas of Pakistan along with increased surveillance have led to further censorship of dissent in the online platforms points at the chilling effect on the way people choose to express themselves online.” she adds.

Freedom on the Net and Freedom House’s research seeks to address the failings of the state in protecting the rights of citizens by compiling and analysing evidence that activists and concerned citizens can use to push for greater democracy online as well as offline.

Rise in use of social media may be linked to increase in teen suicides: researchers