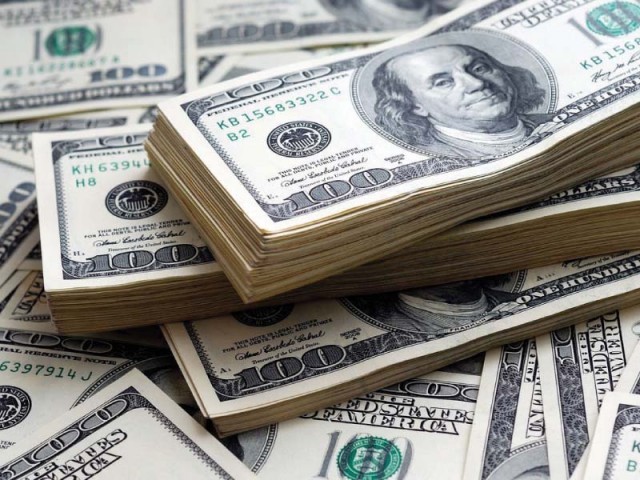 It will be for the first time that Pakistan will float a 30-year dollar-denominated Eurobond but the decision to sell it will depend on the interest rates that investors will seek. PHOTO: FILE

ISLAMABAD: The federal cabinet has allowed immediate borrowing of up to $3 billion from international debt markets by floating three sovereign bonds and has also waived a dozen taxes to make deals attractive for investors.

Instead of tabling a summary in a cabinet meeting, the finance ministry got approval of the cabinet by circulating the summary among its members earlier this month. This is surprising as the federal cabinet meets every week.

Pakistan is going to float the bonds in the largest transaction to take pressure off the central bank’s foreign exchange reserves that are depleting at a rapid pace. Earlier, the government borrowed $2 billion in 2014 through similar capital market transactions.

In its first four years, the PML-N government took gross $35 billion in foreign loans to shore up the foreign currency reserves, finance the external account and return previous loans.

According to the summary approved by the cabinet, the finance ministry can float multiple bonds in the range of $2 billion to $3 billion.

A consortium of banks have initially indicated that five-year Sukuk (Islamic bond), ten-year Eurobond and another 30-year Eurobond with combined proceeds of around $2 to $3 billion can be floated, according to the finance ministry.

The exact size will, however, be determined on the basis of market appetite and pricing, according to the summary signed by the finance secretary.

It will be for the first time that Pakistan will float a 30-year dollar-denominated Eurobond, but the decision to sell it will depend on the interest rates that the investors will seek. Higher maturity bonds are issued at relatively higher interest rates.

The cabinet waived a dozen income taxes to make the float attractive for foreign investors. It waived taxes on profit on debt, minimum 1% income tax, advance tax, dividend tax, taxes on payments to non-residents, taxes on payment of contract fee to financial advisers, taxes collected by the Pakistan Stock Exchange and National Clearing Company of Pakistan, and taxes on the auction and purchase of immovable property.

“If these taxes are not exempted, the transaction cost will make Sukuk issue undesirable for international investors, resulting in higher pricing for the country,” said the finance ministry.

Road shows are expected to be held in the United Kingdom, United States, Dubai, Singapore and Hong Kong. The finance ministry told the cabinet that both the Sukuk and Eurobonds were expected to be launched in the second half of November. However, the final date will depend on market conditions and advice from lead managers.

It seems that the ministry may not be able to meet the deadline due to delay in fulfilling many legal requirements. The delay may increase the cost of borrowing

The finance ministry insisted that market conditions were favourable for Sukuk and Eurobonds, which may potentially receive a good response from international investors at a good price in view of liquidity conditions of the international capital markets.

It said countries having credit rating like that of Pakistan had successfully executed capital market transactions at an interest rate ranging from 6.875% to 7.125%.

Pakistan floated Sukuk in September last year at the lowest interest rate of 5.5% but its September 2015 five-year Eurobond at 8.25% was the most expensive deal.

The finance ministry told the cabinet that a consortium comprising Standard Chartered Bank, Industrial and Commercial Bank of China, Citibank, Deutsche Bank, Dubai Islamic Bank and Noor Bank are proposed to be appointed for the Sukuk transaction.

Based on recommendations of an evaluation committee, it said, the government had finalised names of Standard Chartered Bank, Industrial and Commercial Bank of China, Citibank and Deutsche Bank for the Eurobond issue.

The cabinet was informed that for the proposed Sukuk, the Fourth Pakistan International Sukuk Company Limited is being incorporated by the Finance Division.