Petiti­on was filed by the son of a woman, who perish­ed in the crash
By Arsalan Altaf
Published: November 13, 2017
Tweet Email

ISLAMABAD: Islamabad Police have booked the owners of the now defunct Bhoja Air for their alleged negligence and violation of regulations which led to the crash of the private airline aircraft near Islamabad on April 20, 2012.

All of 127 passengers and crew members on board were killed in the crash a few kilometers from Islamabad airport.

Following a petition by the son of a woman who perished in the crash, authorities registered a criminal case on the orders of a district judge. The petitioner sought that a case be registered based on the findings of a two-member commission, which was formed by the Islamabad High Court after the crash to fix responsibility for the tragedy.

Owners of Bhoja Air Farooq Omar Bhoja and Arshad Jalil have been nominated in the case registered under murder, damage, negligence, and criminal conspiracy sections of the Pakistan Penal Code.

Others booked in the case include owners, directors and shareholders of Bhoja Air, as well as Jet Aviation Shahjah, a company owned and controlled by Jalil. Unnamed CAA officials who allegedly flouted several regulations have also been booked. 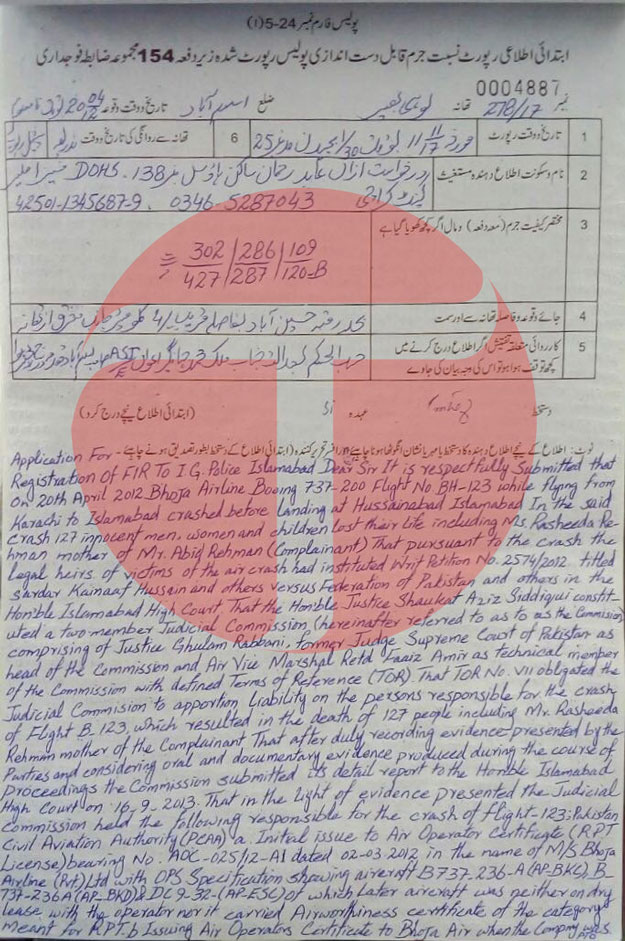 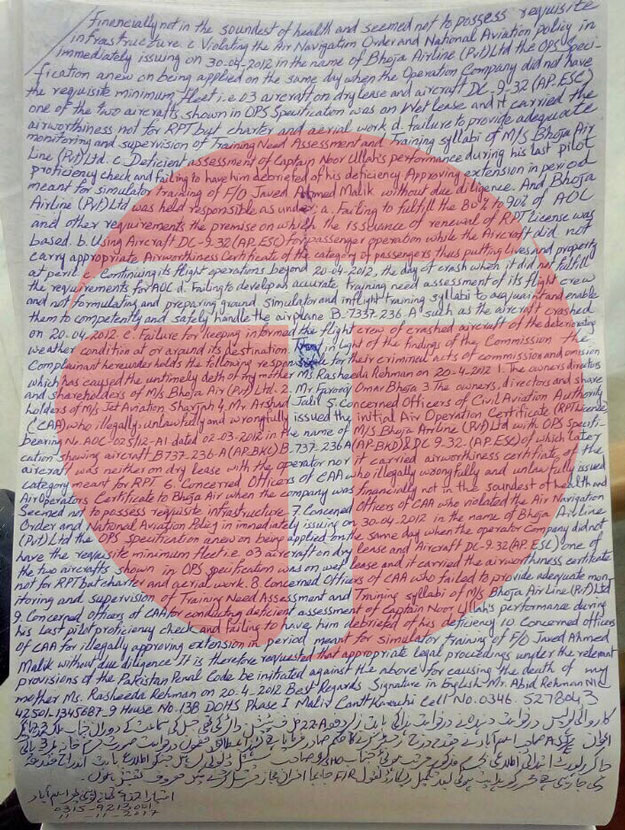