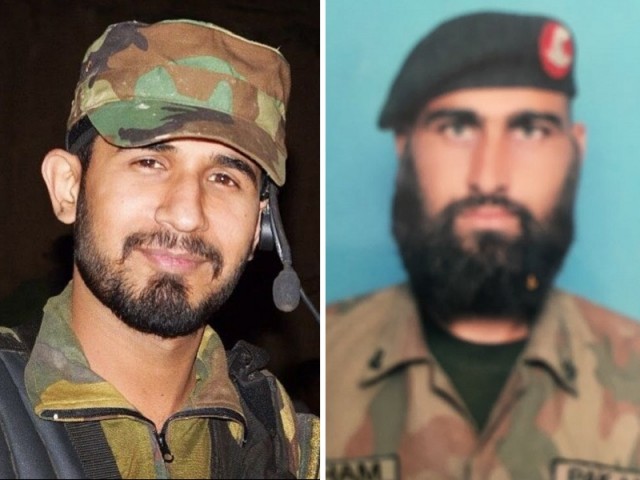 PESHAWAR: Two Pakistani servicemen, among them a captain, were martyred and up to 10 terrorists were killed in a cross-border attack from Afghanistan on Pakistan Army check posts in Bajaur Agency on Monday, the military said.

The assault by marauding terrorists set off a gunfight. “During the exchange of fire, brave sons of soil Captain Junaid Hafeez and Sepoy Raham embraced Shahadat while four soldiers got injured,” the Inter-Services Public Relations (ISPR) said in a statement.

The injured soldiers were shifted to a hospital in Khar for treatment.

Pakistan troops “effectively responded” to the cross-border attack, killing eight to 10 terrorists, while many were seen “running back injured”, the military’s media wing said.

According to the ISPR, the absence of the Afghan government’s writ in its border regions, like in many other areas of the country, facilitates terrorists in carrying out such attacks.

Pakistani officials have repeatedly said that the Taliban terrorists, who fled a series of military operations in tribal regions, have found safe havens in northern, eastern and northeastern Afghanistan.

These Taliban terrorists use their sanctuaries as a springboard for launching cross-border attacks on Pakistani military’s border posts and on civilian population.

Kabul is reluctant to dismantle these sanctuaries despite repeated requests from Islamabad. Instead it blames Pakistan for sheltering the Afghan Taliban.

Pakistan has started fencing its long and porous border with Afghanistan to check the movement of Taliban terrorists from Afghanistan. Kabul, however, is opposed to the fencing of border which it claims is disputed.

The security has been beefed up and surveillance increased at the border in the wake of the attack.

Interior Minister Ahsan Iqbal saluted the martyred army officers, saying, “May Allah bless them and grant patience to their families! Our resolve is stronger with every sacrifice to eliminate terrorists.”