Alliance of MQM-P, PSP and APML can beat PPP: Musharraf

Alliance of MQM-P, PSP and APML can beat PPP: Musharraf 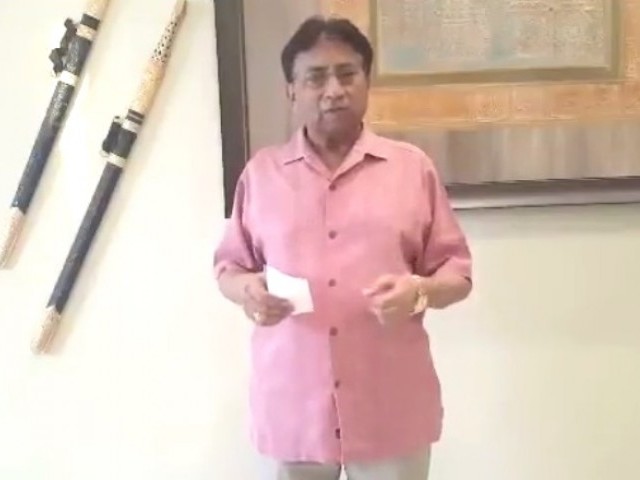 “An alliance of the three parties, along with Pir Pagara and other political forces, will be able to beat the PPP [in Sindh],” he said in a video statement from Dubai.

Musharraf further said the alliance could also bring the forward blocs of Pakistan Muslim League-Nawaz (PML-N) and the PPP in Punjab under its umbrella.

On his alleged role in Karachi’s politics, the former dictator said, “Neither has the PSP offered me to lead them, nor I have any interest in doing so.”

He reiterated that he considered heading the MQM a foolish thing to do and he had already clarified that.

“I cannot restrict myself to an ethnic or communal political party,” he maintained. “I think about the welfare of muhajirs, not the MQM. I don’t consider myself the leader of one community only,” he added.

“The MQM-Pand the PSP coming together seemed like an unnatural alliance but it was good for the muhajir community,” he added.

On Friday, Musharraf announced the formation of a 23-party alliance under the umbrella of ‘Pakistan Awami Ittehad’ and ‘invited’ the MQM-P and the PSP to join him.

Reports are rife suggesting efforts by ‘certain quarters’ to forge some kind of alliance between Karachi’s two urban parties and bring them under the command of the former general. These reports somewhat got credence on Friday when Musharraf telephonically addressed members of the 23-party alliance in Islamabad from Dubai and spoke about the possibility of the MQM and the PSP joining the new alliance under his command.

The new alliance comprises insignificant political groups including the Pakistan Awami Tehreek (PAT), Sunni Tehreek, Sunni Ittehad Council and Majlis Wahdat-ul-Muslimeen (MWM). The alliance also includes parties whose presence is largely confined to paper with virtually no presence on the ground. Musharraf is the chief of the alliance and Iqbal Dar the secretary general. Dr Amjad, the APML secretary general, is the coordinator of the Pakistan Awami Ittehad. However, the PAT and the MWM have reportedly denied being part of the alliance.