Relationships and the modern Muslim woman

Relationships and the modern Muslim woman 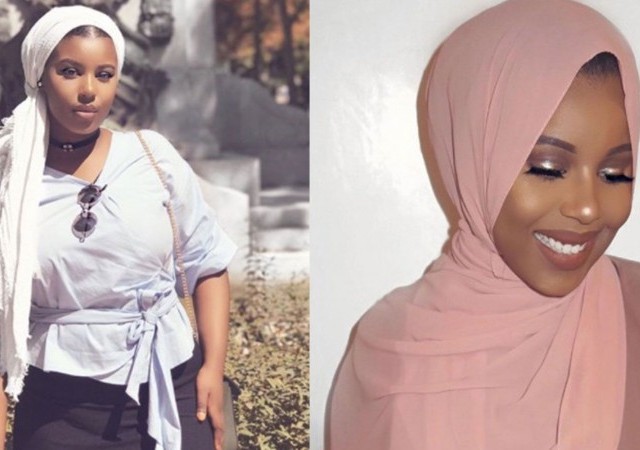 This is a relatable tale for Pakistani – and Muslim women globally, so pay attention.

Asha Hussein was unable to find a job back in 2015, when she decided to start a YouTube channel of her own. When she initially started out as Asha Everyday, she didn’t know exactly what her channel would become, but she did know there weren’t many female bloggers who looked like her.
So, the 24-year-old just gave it a shot and started talking in a refreshingly honest, open and hilarious way about everything to do with relationships, and how to navigate relationships as a Somali Muslim woman.

“I realised there’s an audience for someone who looks like me – a young, black, Muslim woman,” Cosmopolitan UK quoted Hussein as saying. “It’s not very common to find someone like me talking about relationships in a fun and light-hearted way. So I set out to add more representation on YouTube. When I started getting emails from young girls saying I’ve made them feel confident to wear a hijab and to be the person they are, unapologetically, I was like ‘wow’.”

She continued, “Where you have lots of hijabi bloggers, you don’t get that many black Muslim bloggers. I just thought, ‘If I can represent this demographic in a positive way that raises the different issues within our community, then why not?’”

And that’s something Hussein has worked hard to do. Setting out to be “authentic” and “transparent”, she couldn’t understand why young, Muslim women talking about sex and dating was seen as taboo. “I was always thinking, ‘Why is it so weird to see a girl that’s wearing a hijab talking about sex with her mates? I found it really annoying.”

Asha, from London, started vlogging about everything from arranged marriage to how to deal with flirts and the response she got was overwhelming. It inadvertently became her mission to tackle the myths and misconceptions surrounding dating Muslim women. “I think people have this view that we’re really conservative, submissive to men, not career-driven and all we want to do is get married. They think Muslim men control us and that we have to wear the hijab. It’s like we don’t date at all and just wake up one day and find out we’re getting married.” While there’s unfortunately inequality in relationships in all walks of life, Hussein’s point is Muslim women aren’t necessarily more prone to this than any other woman.

And when it comes to dating, Hussein’s keen to point out that Muslims go through exactly what everyone else does. “Even when you do meet someone your parents have chosen for you to get to know, you still go through all the emotions of a ‘normal’ first date. You still have those butterflies and you worry about who’s going to pay. It’s the exact same feelings, it’s just that the journey towards establishing an exclusive relationship or marriage that’s slightly different.”

According to her, coming up against these misconceptions can be very annoying. “I am a British woman – I have that identity. I have the same values as any other British woman that isn’t Somali. It’s frustrating that anyone would think I’d be different.”

Talking about sex and dating as a Muslim woman is something Asha sees as necessary. “Not everyone’s experience is going to be the same. If you only have your parents to advise you, it’s like you’re living in a bit of a bubble. If you have someone else sharing their problems and speaking honestly about what it’s like to be in a relationship, you feel more prepared.

“Dating isn’t really a thing for us. From primary school to college, we’re told to stay away from boys. And once we graduate from uni, it’s like, ‘Right, so where’s your husband?’ It’s important to talk about these things so young women can know what to expect – the worst and the best bits.”

She also finds the differences between dating as Muslim and a non-Muslim interesting. “I think that dating as a Muslim woman or man in so many ways is much easier, because of the process. Whenever my mates who aren’t Muslim tell me about all their problems I think, ‘Thank goodness I don’t go through this stuff.’ Like, if they’ve been in a relationship for a couple of years and there’s this massive revelation that one of them doesn’t want to have children. As a Muslim woman, you just don’t go through that because even in the initial stages, you’re dating for the sake of marriage so you ask those hard and tough questions.”

Coming from an open-minded family has meant Asha could always talk to her family about these things. “A lot of girls might feel they can’t talk about sex in front of their own mum,” she says. “So I try to do it in a fun way, so it stops being a serious discussion about sex and something less intimidating for them.”

As well as chatting with her pals about hypothetical dating scenarios on her channel, Asha also answers her subscriber’s relationship questions. “I recently had a girl message who really likes this Somali guy, but didn’t know how to go about it. For individuals in certain communities it’s normal for them to marry within their cultures. So we talked about what she should say and what challenges there were. There’s a lot of stigma around interracial relationships because unfortunately, there’s a lot of anti-black sentiment.”

She’s recently also been working with Stoosh – a platform that encourages Muslim women in the UK to be confident, unapologetic and have the right to express themselves freely – to produce three short films about dating apps, arranged marriages and toxic relationships.