Nawaz Sharif should not have filed a fake affidavit in SC: Khursheed Shah

Nawaz Sharif should not have filed a fake affidavit in SC: Khursheed Shah 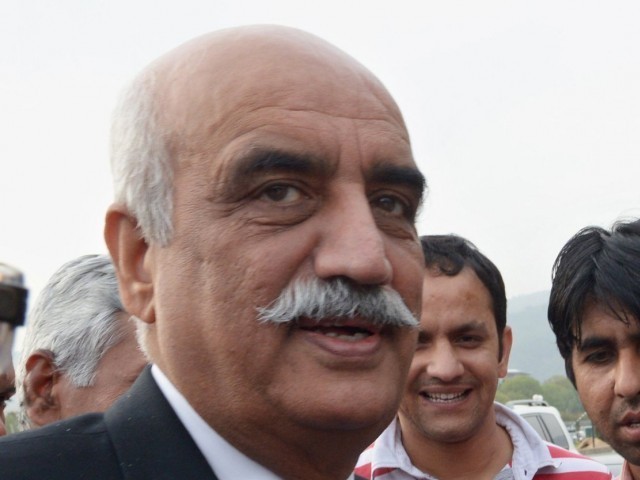 PPP leader says the top court made a responsible statement after a detailed investigation. PHOTO: FILE

As the prime minister of Pakistan Nawaz Sharif should not have submitted a fake affidavit to the Supreme Court, Opposition Leader in the National Assembly Khursheed Shah said on Wednesday.

Talking to media in Islamabad, the Pakistan Peoples Party (PPP) leader criticised Nawaz but refused to comment that he fooled the nation, Express News reported him as saying.

Commenting on the SC’s verdict, he insisted that the former premier should have taken a different route [in the Panama Papers case].

On Tuesday, the top court in its detailed judgement had said that the former prime minister tried to fool the people, parliament and the court in the Panama Papers case.

“Supreme Court’s decision against Nawaz Sharif has been a unique verdict itself in which the top court made a responsible statement after a detailed investigation,” said Shah.

It is a different case, he added, that the court’s decision damaged Nawaz Sharif [government] but “the honourable court concluded the entire case with one couplet.”

Govt fails to bring around opposition