WHO hopes viral fever will be comple­tely under contro­l soon
By Our Correspondent
Published: November 8, 2017
Tweet Email 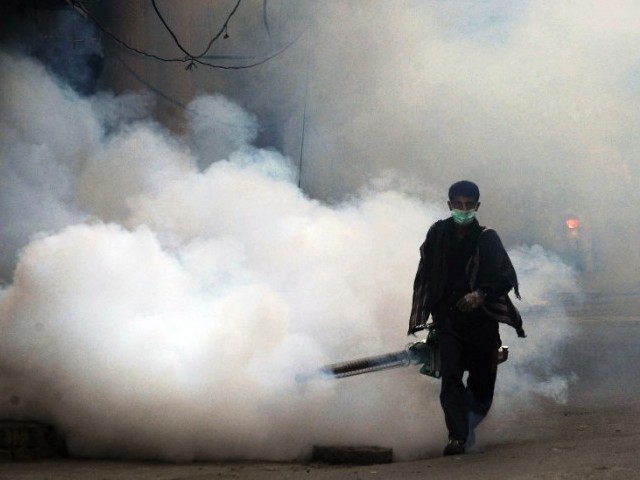 WHO hopes viral fever will be completely under control soon. PHOTO: FILE

PESHAWAR: Even though as many as 69 people have lost their lives to the dengue virus, the Pakistan mission of the world’s top health body is of the view that the outbreak now seems to be under control.

The World Health Organization’s (WHO), in a statement issued on Tuesday, said that as many as 107,866 suspected cases of dengue fever were registered in Khyber-Pakhtunkhwa (K-P) during the ongoing outbreak. Of these, 23,719 cases tested positive for the viral infection with Peshawar the most affected district of the province.

It added that 99,589 suspected cases were registered in the province by November 3, of which 21,692 cases tested positive for the dengue fever.

Later in 2015, the disease emerged in the Lachi area of Kohat division where 270 people were affected by the virus.

With the WHO helping the K-P government combat the epidemic by providing guidelines and capacity-building in the planning and implementation of prevention and control measures, WHO Pakistan chief Dr Assai Ardakani visited provincial facilities.

Late last week he stated that the situation will soon be completely under control.

“This should not be the responsibility of the health department only, but a multi-sectoral approach including the water and sanitation department, local government and other stakeholders,” Dr Ardakani said, adding that the government has visited almost every household and sensitised the public by involving the community and teachers.

Toll from dengue virus outbreak rises to 50 in K-P

The viruses are passed on to humans through the bites of an infective female Aedes mosquito, which acquires the virus while feeding on the blood of an infected person.