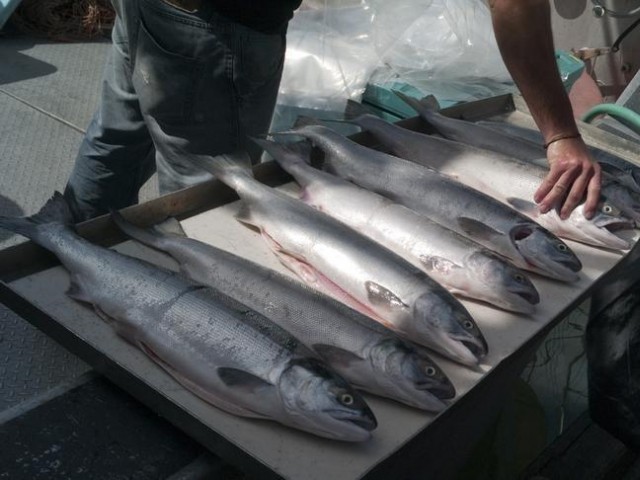 LAHORE: A drop in the mercury levels in Lahore usually heralds the start of the fish-eating season. Not far behind is the Punjab Food Authority (PFA) which has launched a crackdown across the province against any eateries involved in the selling of unwholesome fish.

The provincial food watchdog on Monday sealed 11 fish outlets and imposed fines amounting to Rs0.9 million on another 67 shops. In its province-wide crackdown, the PFA also issued warning notices to some 211 eateries for not adhering to food regulations.

The authority’s food safety officers conducted raids in all 36 districts of Punjab, from Lahore to Raheem Yar Khan and Rajanpur to Attock. The PFA sealed four fish eateries in Lahore, three in Gujranwala and two each in Faisalabad and Multan division. All these shops were sealed for using rancid oil and selling unhygienic fish products.

PFA Additional Director General (Operations) Rafia Haider said that consumption of fish increased in the winter season and many eateries failed to follow standards. She said fish was being prepared in rancid oil and no proper mechanism was followed by serving restaurants. Haider added that was the reason PFA issued fine tickets and sealed 11 premises.

She underscored that the authority would cancel licences of fish outlets if it found expired or rancid oil being used for frying. She that PFA had also activated its vigilance cell to keep an eye on eateries and unearth all such malpractices.

Speaking to The Express Tribune, a fish lover, Azmat Butt, said that most eateries were selling different kind of dishes from between Rs650 to Rs1,100 a kilogramme. There was a really good margin in fish sale as most varieties available at eateries were traded between Rs150 to Rs200 a kilogramme in wholesale markets. Most popular fish eateries in big cities, like Lahore, remained close for half year as they earned hefty profits during the winter months. ”If they still use substandard oil and ingredients, they should be dealt with an iron hand,” he maintained.

A fish seller from Township area, Muhammad Ali, said there was a price war was raging on in his locality. Most sellers had cut their prices to rock bottom just to attract customers, but the cutthroat competition has left no room for business.