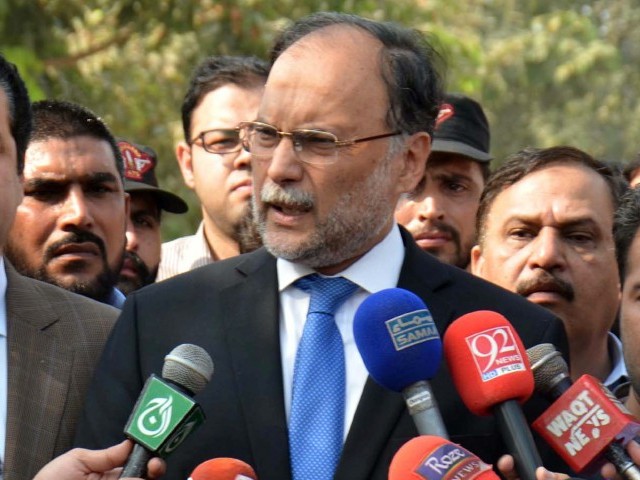 Interior Minister Ahsan Iqbal, on Monday, said Pakistan is as corrupt as India, Bangladesh or any other country in the region.

Some people are constantly propagating that Pakistan is the most corruption country in the world, he said, adding that they are defaming the country for their own political gains. “Pakistan is not more corrupt than any other regional country, including India and Bangladesh, and is equally honest as well” he said in a veiled jibe at Pakistan Tehreek-e-Insaf (PTI) chairman Imran Khan.

“Pakistan has prospered vastly in the last four years; the country has grown from a burnt down, crashed plane to one of peace and prosperity,” he said.

However, he reiterated that Khyber-Pakhtunkhwa (K-P) has suffered the most at the hands of terrorism. “There was a time when people used to call a day ‘peaceful’ when people died in single digits,” and that now Pakistan is doing much better in terms of safety and security.

Addressing the media in Peshawar, he added, “load shedding has decreased dramatically as well,” he said while lauding the efforts made from 2013.

“Target killings, batta khori have significantly reduced. Criminal activities have cut down by 80-90 per cent,” he commended the efforts made by the government and other institutions. “Pakistan is much better now; economically and security wise.”

He further lauded PML-N’s efforts and stated that the last four years have been good for the country and there has been progress at a good rate.