In the video, a man refers to Osama bin Laden as “the prince of the mujahi­deen”
By News Desk / Creative: Saadat Ali
Published: November 2, 2017
Tweet Email 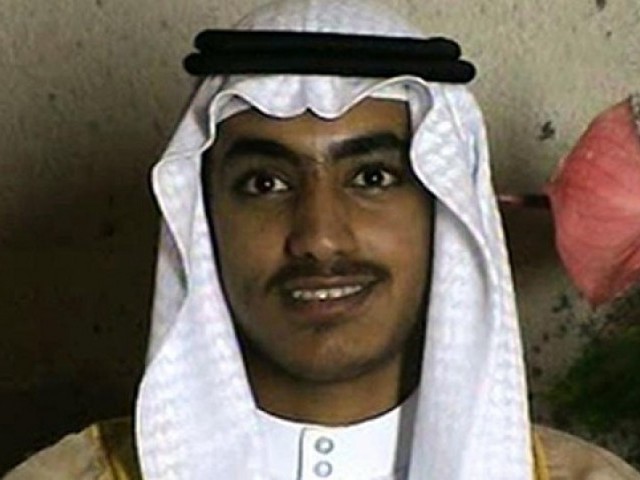 In this image from a video released by the CIA, Hamza bin Laden is seen as an adult at his wedding. Photo: AP

A video of Hamza bin Laden found among the Abbottabad files recently released by the CIA yesterday has been making rounds on the internet.

The video shows Hamza bin Laden wearing a traditional white headdress, at what seems to be his wedding ceremony where he consents to his marriage. It goes on to show the all male wedding party move to another room where the groom and his companions are seen surrounded by fruits and sweets to celebrate the occasion.

In the video, a man refers to Osama bin Laden when he mentions the father of the groom and goes on to dub him “the prince of the mujahideen” who is not seen but reported to be happy at his marriage.

Later a man quizzes the young boys present on the history of the Quran before they play a game of indoor football. Red heart shaped balloons can be seen in the background.

While this is the first time the public has been able to see what Hamza bin Laden looks like, al-Qaeda has occasionally released audio messages reportedly recorded by him. For example, in an audio message in August 2015, Hamza pays homage his father the ‘martyr’ and his older brother Khalid, who died trying to defend their father, and asks militants around the world to “strike from Kabul to Baghdad, from Gaza to Washington, London, Paris and Tel Aviv”.

One year later, in a diatribe entitled “We are all Osama,” he called for vengeance, warning: “If you think you will not be held accountable for the crime in Abbottabad, you are mistaken.” 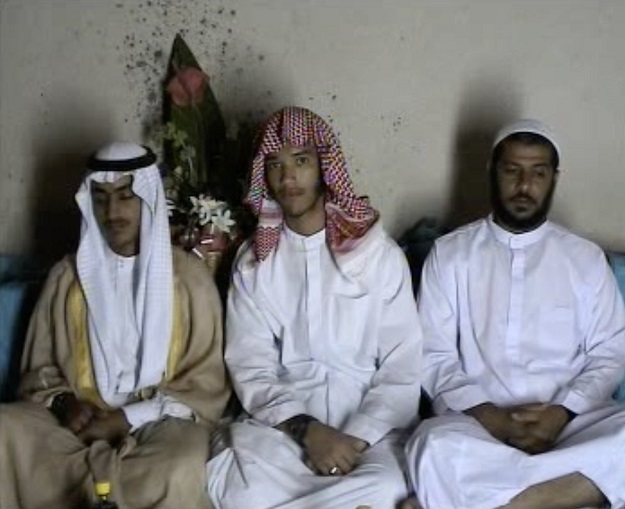 The list of the videos was included in the release on Wednesday by the US Central Intelligence Agency of nearly 470,000 files found on the computer seized in the May 2, 2011, US raid on the al-Qaeda founder’s hideout in Abbottabad.

It is the fourth tranche of materials taken from the walled compound, where Bin Laden and his family lived, to be made public by the US government since May 2015.

According to a CIA statement, material that has not been released is being withheld due to ‘national security, are blank, corrupted or duplicate files, are pornographic or are protected by copyright’.

The copyright-protected material includes more than two dozen videos and two other documentaries about the al-Qaeda leader, reads the statement.