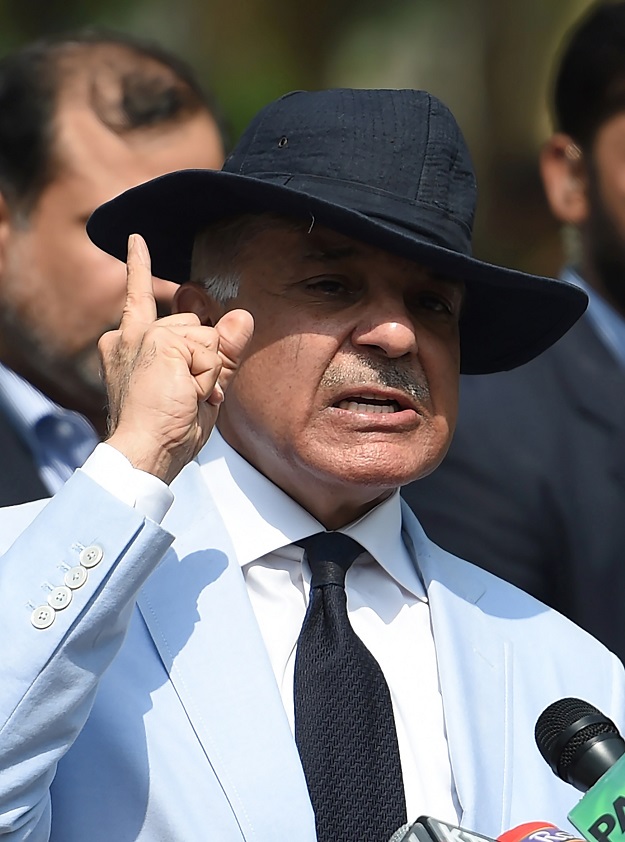 LAHORE: Punjab Chief Minister Shehbaz Sharif while speaking to a delegation of Pakistan Muslim League- Nawaz (PML-N) office bearers in London said that the current government has worked towards eliminating the energy crisis while also ensuring that peace is restored in the country.

He also lauded the PML-N for taking solid steps to rebuild the sagging economy. He went on to say that a lot of hard work has gone into making sure that the future generations have an economically self-reliant, peaceful country to grow up in.

He cited the PML-N’s diligent work as the reason why Pakistan is moving in the right direction, besides faring much better than it was back in 2013.  “The inclusion of 1000s of megawatts into the national grid has taken the country out of the darkness that previous governments had thrown it into,” he said. He also spoke about how four major energy projects were completed in less than two years and that the completion of on-going projects will ensure electricity in the future.

He also criticised previous governments, saying that by neglecting the energy crisis, they added to the burden on the economy, while also ruining institutions with their corrupt ways.

Before the PML-N, the rulers would blatantly plunder the rights and the hard earned money of the people, he said. The youth was also deprived of its rights, as merit was not given any importance, he added.

He called out the previous governments for lining their own pockets in the name of development projects, while stating that it was the PML-N that helped pull Pakistan out of this crisis.

The chief minister also criticised what he called ‘sit-in politics’ saying that the national economy had to face losses worth billions of rupees, as cities were locked down for sit-ins and the people of Pakistan will reject such elements in the elections of 2018.