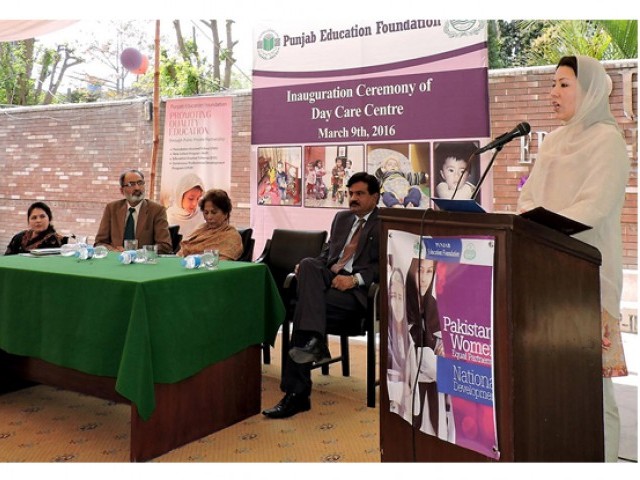 LAHORE: Punjab Women Development Department Minister Hameeda Waheeduddin said on Wednesday that strict laws were promulgated to protect the females of the province.

“A harassment awareness volunteer programme has been put in place, in collaboration with local NGOs, to create awareness in the workplace,” she added.

She said that promotion of female employment was imminent for a developed and prosperous Pakistan. She said that since almost half of the total population consisted of women and girls, the country could not progress without their active participation.

The minister said in order to bring women at par with men, the Punjab government had introduced special empowerment packages to target areas where there was a need for improvement. She said more than 85 initiatives for women empowerment had been executed through the Punjab Women Empowerment Packages.

She said that violence against women centres, crisis centres and shelter homes were set up, while an ombudsperson had also been appointed to specifically deal with harassment cases at workplaces.

She said the Women Development Department, under the Chief Minister’s Self Employment Scheme, was offering small interest-free loans to those who wanted to start businesses. The minister continued that more than 54% of the beneficiaries were women. Similarly, females were provided exclusive space in Sunday markets to set up their own stalls.

The distribution of livestock and establishment of cottage villages was also another step to encourage women entrepreneurship, she added. Hameeda said to enhance employment, the need for skilled labour had to be understood and the Punjab Skills Development Fund was established with that in mind.

She said that training to workers’ wives, domestic workers and the minority community was also imparted for capacity building. Moreover, vocational, technical, veterinary and day care training was provided to enhance the labour force participation rate of females in different industries, she added.

Hameeda mentioned several other measures were taken by the government to amend employment policies and make them favourable for females. She pointed out that these included the quota for public services jobs, age relaxation, house rent, equal remuneration, maternity and paternity leaves and inclusion of women in selection committees.

“Career counselling centres were established in colleges to provide advisory services to female students to encourage their active participation in the economy upon graduation,” she said.