Army withdrawal from Malakand on the cards

Army withdrawal from Malakand on the cards 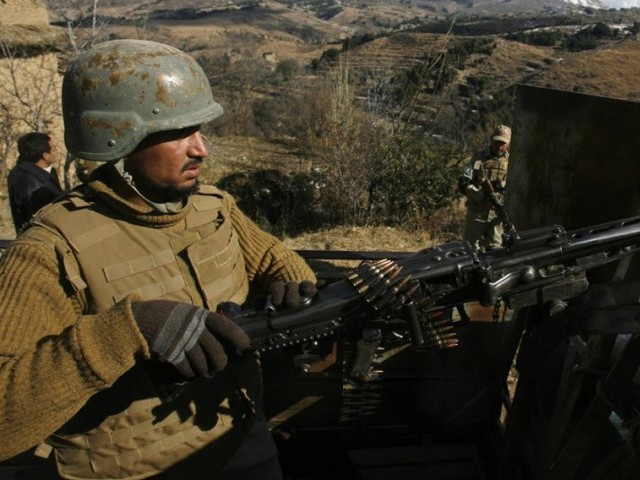 PESHAWAR: The military is preparing to withdraw from numerous parts of Khyber-Pakhtunkhwa and planning is afoot to prepare civilian law enforcement agencies to pick up the slack.

The Apex Committee of Khyber-Pakhtunkhwa, the highest decision-making body of the province, will meet today (Wednesday) to start discussions on a strategy and a mechanism for the transition of law-and-order management in various areas from the military to civilian law enforcement agencies, particularly in Malakand division.

Sources told The Express Tribune that the tasks may be assigned to a working group which would work on fixed timelines and deliver options to the committee.

“It is due to the sacrifices of the security forces that we are now at a stage, where an area once infested by terrorists, can be handed over to the civilian law enforcement agencies,” a senior security official told The Express Tribune. He added that the transition plan would have to keep certain indicators, criteria, triggers that determine the outcome.

K-P has invested immensely into the law enforcement apparatus as the incumbent government has increased investment in the law and order sector at a disproportionally higher percentage as compared to other sectors. The police alone has witnessed a 75 per cent increase in its budget during the tenure of the present government and falls third after Education and Health under the provincial government’s budgetary allocation.

The future(s) of FATA

The current deployment of police in Malakand Division stands at 2,351 in Buner, 2,249 in Upper Dir, 4,341 in Lower Dir, 1,815 in Chitral, 2,035 in Shangla and 6,341 in Swat. Additionally, a special police force (SPO) was also inducted in the Malakand Division to fill the gap as far as the actual requirement was concerned.

The force was used as local contacts for intelligence as well as coordination since the military operations were still going on and the police were required to facilitate and support to more than two divisions of Army who were deployed there. Currently, the civil and military authorities are both working in tandem.

The meeting will also look into the overall cost against the number of personnel deployed by the military, frontier corps and frontier constabulary to determine the exact need for the security, including the financial requirements.

Since Malakand division has previously relied on tourism, the need to revive a hassle-free tourism environment in the post-conflict area without compromising the security concerns will also be discussed, the sources said.

For this reason, the revival of the training facility in Gullibagh, Swat for hospitality and hotel management which was declared as a sub-jail and then converted into an internment centre will also come under discussion.

The military had launched Operation Rah-e-Haq after it was called in by the ruling Muttahida Majlis-i-Amal (MMA) in Malakand division in 2007 the when the Taliban faction of Swat lead by Mulla Fazlullah challenged the writ of the government. In 2009, another full-fledged military operation was Rahe-e-Nijat was also launched in the area to battle the militancy.