Three Levy person­nel were injure­d in the IED blast
By Our Correspondent
Published: October 31, 2017
Tweet Email 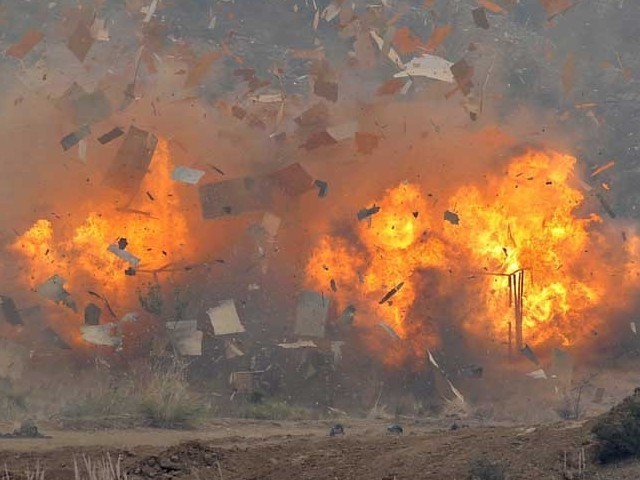 SHABQADAR: At least three Levy personnel were injured when an improvised explosive device went off after coming in contact with their vehicle at Rashakai in Bajaur Agency.

The IED, planted at Janat Shah Dry Waterway [Khwar] hit the vehicle when it was patrolling the Rashakai area of Khar tehsil for a polio team’s security, sources confirmed to The Express Tribune.

One dead in Kohlu landmine explosion

Meanwhile, security forces and political administration cordoned off the area and begun a search operation.

The levies were providing security to polio teams for a three-day campaign in Fata that started on Monday.

No polio team has been reported in the Bajaur Agency since 2014 while Fata has been polio-free since July, 2016.