PML-N has turned into a party focused on personal interests: Nisar

PML-N has turned into a party focused on personal interests: Nisar 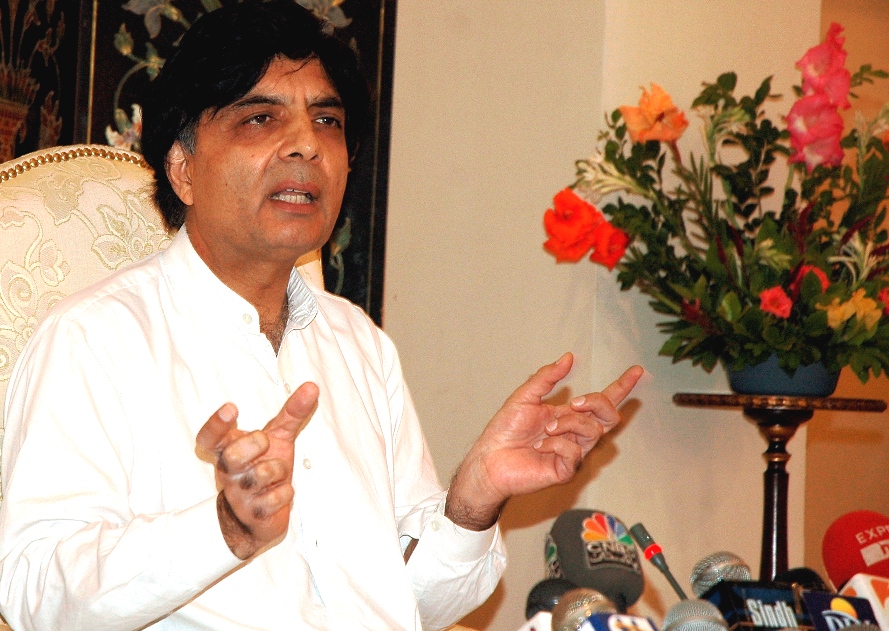 Former interior minister Chaudhry Nisar Ali Khan said on Monday that the Pakistan Muslim League-Nawaz (PML-N) had turned into a party based on personal interests.

“The PML-N should pay attention to the party’s interests instead of concentrating on those of individuals,” he advised his party colleagues during an information talk with reporters in Islamabad, Express News reported.

“There are no rifts within the party, just a difference of opinion,” he maintained.

“It’s part of the democratic system to have different opinions. I discussed my reservations at party meetings, not out on the streets.”

The former minister said he had advised PML-N chief and former PM Nawaz Sharif to refrain from delivering speeches on the Panama Papers issue.

He added that Nawaz should not have written a letter to the apex court seeking the formation of a judicial commission to probe into the matter.

“We must respect the judiciary and other state institutions. We can express our reservations but can’t afford a confrontation,” he remarked.

“When the verdict came, I knew that the party would adopt a confrontational approach and that’s why I decided to leave the government.”

The former interior minister said Pakistan was facing threats from more than just one country and the situation worse than what it was in 1970.

“Back then, we were facing a threat from only one country, but now several countries are looking for an opportunity to damage us,” he maintained.

The PML-N leader said these threats could only be dealt with through domestic stability and unity. “We can face the challenges by becoming a single voice… thinking individually can prove expensive for everybody,” he added.

He observed US President Donald Trump had to change his new Afghanistan strategy because Pakistan unanimously tackled the issue.