Bills on the backburner

Bills on the backburner

All lawmak­ing on women that was prepar­ed and presen­ted for approv­al in the Sindh Assemb­ly over the last eight years...
Published: May 23, 2010
Tweet Email 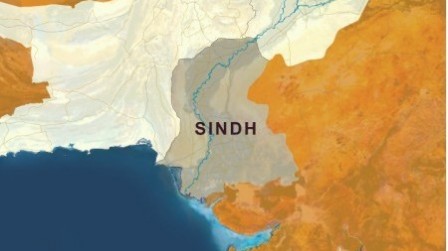 KARACHI: All lawmaking on women that was prepared and presented for approval in the Sindh Assembly over the last eight years has lapsed or expired.

This happens if a bill that has been tabled, or in other words discussed in the assembly, is not passed into law within three months. This has been the fate of most bills that members of the Sindh Assembly pursued on their own initiative in the form of ‘private bills’. The performance of female legislators of the Sindh Assembly came under scrutiny at a consultative meeting on Saturday organised by the Aurat Foundation.

According to the foundation’s recent study, a majority of the legislators who were vocal about bills related to domestic violence, gender harassment and honour killings when they were in the Opposition are not quite as enthusiastic now that the power rests with them. For instance, MPA Shazia Marri’s plan to introduce legislation against domestic violence was not pursued once she became a member of the current assembly.

In 2005, she was the one to propose a private bill on this as a member of the Opposition. Reflecting on the lack of government transparency, the report indicates that no matter how many private bills are introduced, they are rarely passed or accepted without the government’s sanction. Even during the tenure of the previous government, from 2003 to 2007 a total of 41 government bills were passed in relation to just one private bill.

Meanwhile, even though 27 bills have been passed in the two years since the Pakistan Peoples Party (PPP) came in power, which is higher than the number of bills passed by members of the previous provincial assembly, none of them were private bills. And most of these private bills that were allowed to lapse, including the Sindh Prevention of Gender Discrimination Bill, 2008, Domestic Violence Against Women and Children Bill, 2008 and the Sindh Prevention of Gender Harassment at Workplace Bill, 2008, were related to women.

Most female legislators including Deputy Speaker Shehla Raza from the ruling PPP did not show up at the meeting to answer the questions either. However, MPA Humera Alwani, the only PPP representative present, complained that the House does not pay attention to private bills because of the common perception that all such bills are against the government. “Private bills also do not come into focus in the House because there is no separate day to discuss them, which is the need of the hour,” said Alwani.

However, during her presentation, Mahnaz Rahman, resident director of the Aurat Foundation, mentioned the private resolutions adopted by the assembly in favour of women including the initiative to approach the federal government to reserve a 33 per cent job quota for women, but added that it was not enough. “The proceedings of the thirteenth assembly do demonstrate that women’s issues are not completely invisible on the assembly floor, but the absence of a ‘women’s agenda’ despite the presence of female legislators is disappointing,” she said.

In the Sindh Assembly, 29 of the total 168 seats are reserved for women according to the 17 per cent quota. Participants suggested that since honour killings have increased in Sindh over the last decade, legislation is needed. “Women are now being killed for talking over the phone. The issue of karo-kari needs to be dealt with immediately,” MQM MPA Naheed Begum said.

Although national legislation already exists, provinces have yet to adopt the law. Similarly, the National Assembly recently passed a law against sexual harassment at the workplace but Sindh has yet to follow suit.

Firing on LoC, one dead