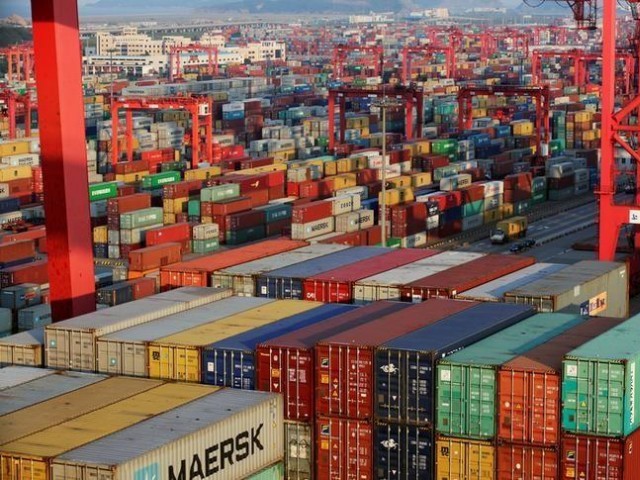 ISLAMABAD: Minister of State for IT Anusha Rehman, together with Ignite CEO Yusuf Hussain, recently announced the ‘DigiSkills’ Program that “would help the youth of the country to earn a reasonable livelihood as freelancers”.

The country-wide programme to train a million freelancers is ambitious and challenging. A somewhat similar endeavour, called ‘eRozgar’, was launched by Punjab IT Board Chairman Dr Umar Saif earlier this year.

The PITB had announced that it would be running a co-working space to train 10,000 young women and men with the help of experienced freelancers in different parts of Punjab. The MoIT’s programme is much larger in scope covering the entire country, albeit with an online, rather than physical, delivery mechanism. Both, however, appear to be great initiatives.

Pakistan’s exports to most regions have plunged

At the time of launch of PITB’s programme  in April 2017, I had expressed my wish (The Express Tribune, April 10, 2017) that it proved to be the proverbial “first drop of rain”, and more such programmes come up. It appears that the wish is coming true.

Promoting freelancing in Pakistan is of great consequence due to several reasons.

First, in an increasingly competitive global market, and the advent of factors like Artificial Intelligence, Internet of Things, and Robotics, threats of mass unemployment are looming large over the horizon. This is specifically ominous for us in Pakistan, where the youth bulge of the population is markedly pronounced. The recent national census shows that 70% of our population is below 30 years.

Second, freelancing is opening new opportunities for people who need a more flexible way of working, like students, women sitting at homes (particularly relevant in our context), and the specially-abled. All over the world people are availing the opportunity to make money while working from home.

Third, businesses are increasingly beginning to outsource short-term projects to freelancers in skill categories that they do not possess in-house. An analysis of more than 279,000 jobs posted in the second quarter of 2017 on Freelancer.com reveals firms turning to external support even for core business functions. Freelancers are providing their expertise across all back-end functions, no matter whether the business is a startup, SME or large enterprise.

Clever entrepreneurs are turning to freelancers to develop even their business plans. On the other side, once clever freelancers become successful, they turn into entrepreneurs and start outsourcing parts of their freelance jobs. The contribution of freelancing to the entrepreneurial ecosystem is enormous.

Freelancing websites connect entrepreneurs and businesses to the talented freelancers. Such websites had been growing for over a decade in lands where people could access them over broadband. In Pakistan, freelancing has become popular only in the last three to four years, when accessing websites became possible due to broadband proliferation.

According to the PTA, in Pakistan there are more than 47 million broadband subscriptions today. There is scope for much more. Policymakers must understand that the more ubiquitous and affordable broadband becomes, the more freelancing will flourish.

Four of the most prominent such freelancing websites are: Freelancer.com, Upwork.com, Guru.com, and Fiverr.com.

Freelancer.com from Australia has 25 million users all around the world, having 12 million projects posted in over 1,000 diverse areas like designing, content writing, website development, marketing, social media management, etc. According to a ‘Freelancer Fast 50’ data analysis of over 482,525 jobs during the third quarter of 2017, more business owners are now looking for talent in design – as Adobe InDesign, 3D Design, Creative Design and HTML5.

UpWork.com was re-launched in 2015 after merger of freelancing companies E-lance and Odesk. Replying to my email for this article, UpWork informed that it has 12 million registered freelancers, and 5 million registered clients (employers). More than 3 million jobs were posted last year.

Fiverr did not response to my email, however, it is known as another large global online marketplace offering services that begin at $5 per job – from which it gets its name. Currently, Fiverr lists more than 3 million services on its website that range between $5 and $500. Launched in early 2010, there are more than 3 million employers on Fiverr.

Guru.com also did not respond to queries for this article. However, it is known that Guru is also among the top-4 freelancing websites. It is a US-based company that claims to have more than a million users and completed over 3 million projects.

The biggest freelancing website (Freelancer.com) ranks Pakistan as the 3rd largest country internationally in terms of user numbers. As informed by Helma Kasuma of Freelancer.com, out of 25 million registered users, nearly a million are from Pakistan.

UpWork.com regretted that they do not show their total numbers breakdown by country. But in 2015, a report released by them stated that Pakistan was the 5th biggest country in terms of user numbers, with the US in first place followed by India. Predominantly, employers who hire Pakistani freelancers are based abroad, mostly in USA, UK, and Australia. Thus, freelancing contributes to “export-earnings”. According to some, freelancers from Pakistan earn close to a billion dollars in a year. However, one must hasten to add that this is not based on any proper study or research. Perhaps, the Ministry of IT should embark upon one.

But all these “successes” have so far been achieved without freelancing being recognised as a profession. Enterprising Pakistani young men and women have been doing wonders exclusively on their own – without any opportunities to get trained, or even formally learn from each other.

In order to provide employment to many more Pakistanis, and to increase their earnings, there are numerous important skills that need to be taught (including soft skills like better English). This is where schemes like DigiSkills and eRozgar come in. One hopes that these initiatives will help turn millions of educated countrymen into productive individuals.