ANP chief tells India: ‘For Taliban, Delhi is not a remote target’

ANP chief tells India: ‘For Taliban, Delhi is not a remote target’ 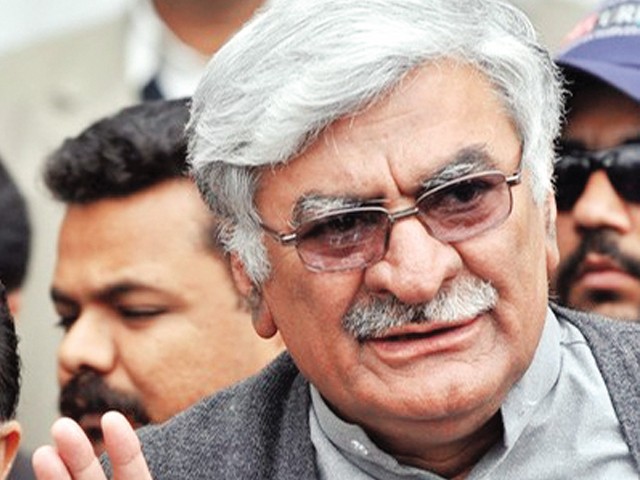 "We don't have enough forces to fight extremists in Swat, Bajaur, Buner and other places" says ANP President.

Awami National Party (ANP) chief Asfandyar Wali Khan said that if India can assure that its border with Pakistan will not be attacked, Pakistan could use those forces to fight extremists elsewhere.

Khan was speaking at the Jamia Millia Islami in New Delhi on Friday, where he delivered a lecture on “Vision for Pakistan in the 21st Century”.

Mindful that Pakistan’s High Commissioner to India Shahid Malik was present in the audience, Khan was guarded both in his observations and his replies to questions. In the past, unguarded comments by Pakistanis, like journalist Najam Sethi, have compromised them when they return home.

“We don’t have enough forces to fight extremists in Swat, Bajaur, Buner and other places and Pakistan cannot withdraw forces from its eastern border along India beyond a certain point,” he said.

Khan favoured a regional solution to Af-Pak problems and warned that, if unattended, these might spill over into India. “Invaders who have crossed Peshawar have always reached Kolkata. If you have to stop Taliban extremists or the al Qaeda, help us finish them across the Indus River. Otherwise, Delhi is not a target too far.”

He dismissed the suggestion that Pakistan Army was not targeting groups inimical to India and said that it was fighting Lashkar-e-Taiba’s cadres in Waziristan. “Pakistan’s army chief General Ashfaq Parvez Kayani is a sincere person who supports peaceful ties with India,” he said. Calling Afghanistan the gateway to the subcontinent, he said that Pakhtuns had never been fundamentalists and Afghans had never tolerated foreign domination.