No way to run an airline

No way to run an airline 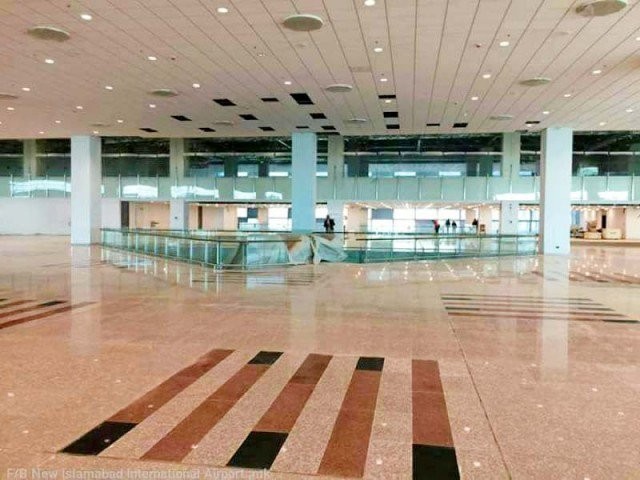 Take off? Nope. Landing? Nope. In-flight turbulence? Nope. But what really does give me the collywobbles is the carousel. Anybody who has ever flown and checked baggage into the hold will know the feeling. Standing along with fellow passengers by a silent trackway that has your flight number illuminated above it. Then ‘bump’ it starts to move and the first bags appear. There are smiles of relief as bags are snagged and on to the trolley and away — another journey successfully completed. Or not.

My two items were loaded at Islamabad. I knew that because I actually saw them being put in the baggage compartment as we queued to board the flight to Bahawalpur. There was a short delay before take-off — six minutes that was duly apologised for by the captain during our uneventful flight — then it was off to the carousel and pick the bags and off home. Or not.

That sinking feeling enveloped me again. My luggage had failed to make the landing with me on two consecutive flights. One of the pieces was a carefully packed painting that was a gift for my wife and the other was a suitcase of dirty washing and much of my work. Then I noticed other unhappy faces. Many unhappy faces. A lot of luggage had not arrived and I wanted to know why, especially as I had seen it go aboard with the Mk 1 Eyeball.

Eventually found somebody with an explanation and the story got interesting. It was the captain that had ordered the luggage offloaded, apparently because he had fuelled and there was a weight issue. There is no refueling facility at Bahawalpur. Thoroughly disgruntled it was back home bagless.

Come the next day and a few inquiries. I have family connections in civil aviation and they were a fund of information. For all commercial flights there has to be sufficient fuel to get to the destination as well as a nominated diversion and then 10 per cent is added as contingency. The weight of fuel is then added to the weight of the aircraft and a figure for the ‘payload’ arrived at — the passengers and their bags. Conventional practice is that if a flight is going to be overweight the captain offloads passengers and their associated bags. Hmmm…spot the missing piece. Rather, spot what I discovered were 25 pieces of luggage offloaded at Islamabad with an aggregate weight of 245kg. The aircraft had a 48-seat capacity and there were 37 passengers, between 10 and 14 of them members of the army.

For loading calculations passengers are given ‘standard weights’ which are typically around 83kg for males and 68kg for females. There were 11 vacant seats which gives us at least 750kg which when added to the 245kg offloaded still makes the flight ‘in weight’ by around a tonne, according to sources. One option available to captains is to reduce weight by defuelling, an option not seemingly exercised in this instance. The decision to offload the bags would have had to have been agreed on the ground by somebody in addition to the captain.

Passengers were not offloaded nor were they informed that they were unlikely to be getting their luggage, and at the Bahawalpur end there was no attempt to inform some very angry customers as to why it was that their bags were not on the flight, this despite there being at least a skeleton explanation for this state of affairs. At the very least a communications breakdown between service provider and customer.

So I decided to make a formal complaint. The Civil Aviation Authority has a helpful website that allowed me to register my dissatisfaction (ticket number 102323) to which I got an automated response by email in seconds and an hour later a request for further details which I supplied. My errant bags arrived, having been to Karachi and Multan, on Monday evening and I picked them up on Tuesday morning.

Whilst not a frequent flyer I am a ‘regular’ and checking my diary I find that in the last year me and the bags have gone in different directions four times. No way to run an airline, is it?

National security and the NFC