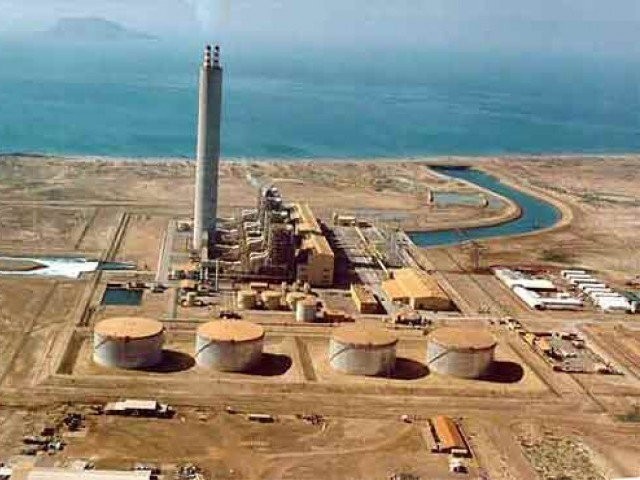 The total cost of the project is estimated at $2 billion. This includes a 75% debt ($1.5 billion) and 25% equity ($500 million) component. The power project is part of the multi-billion dollar’s China-Pakistan Economic Corridor (CPEC).

The project is being set up by China Power Hub Generation Company (CPHGC), which is a joint venture of the Hub Power Company (HUBCO) and China Power International Holding Ltd (CPIH). Hubco has a 47.5% stake in the joint venture, while the rest lies with CPIH.

Construction of the project on the site started in August 2016. “We have so far spent $300 million on construction,” Hubco Company Secretary Shamsul Islam added. He said the project is set to receive the approved financing of $1.5 billion sometime in December 2017. “This means we would achieve the financial close in December,” he said. He said two projects of 660MW each would come online within the scheduled time.

Earlier, the company announced that the first of the projects would start commercial production by December 2018 and the second one would be online by August 2019.

Work kicks off on $2b Hubco coal-power plant

The project will contribute 9 billion kWh of cheaper electricity annually to the national grid, and it will support 4 million Pakistani households.

The project would consume an estimated 3.8 million tons of coal per annum. A Dedicated Jetty Terminal would also be constructed alongside the power plants to facilitate the import of coal directly for the plant.