The TV person­ality had parted ways with MQM after he was detain­ed by Ranger­s in August last year
By News Desk
Published: October 24, 2017
Tweet Email 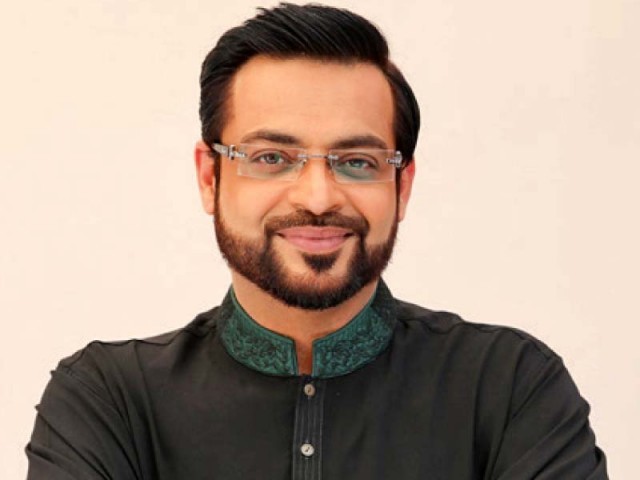 Dr. @AamirLiaquat to announce joining PTI at a press conference on 25th OCT 2017 in Karachi

The TV host had parted ways with the Muttahida Qaumi Movement (MQM) after a brief detention at Rangers headquarters in August last year.

He was detained along with nine other MQM leaders after party workers attacked media houses following the party’s supremo Altaf Hussain’s ‘anti-Pakistan’ speech.

Speaking to the media the following day, Aamir said he was fed up with the party and the way it functioned and also announced that he was leaving politics for good.

Since then, he has been hosting shows on a private TV channel. He came to fore once again when the Pakistan Electronic Media Regulatory Authority (Pemra) banned him from appearing on national television for ‘preaching hate’, a decision that was challenged by the Sindh High Court (SHC) but later upheld by the apex court of the country.

Aamir has also served as minister of state for religious affairs in Shaukat Aziz’s Cabinet between 2004 and 2007.