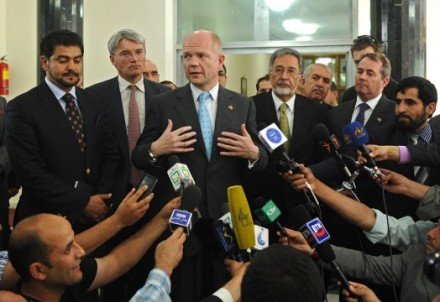 Senior British cabinet ministers, led by new Foreign Secretary William Hague, arrived in Afghanistan Saturday with a warning that Britain wants to withdraw its troops as soon as possible.

Hague, Defence Secretary Liam Fox and International Development Secretary Andrew Mitchell are set to meet President Hamid Karzai in their first visit to the country since the coalition government took power in London this month.

Hague described Afghanistan - where around 10,000 British troops are helping fight a Taliban-led insurgency well into its ninth year - as “our most urgent priority” in comments released from London as the party touched down.

In an interview with The Times newspaper before arriving in Kabul, Fox made clear the visit would focus on speeding up the withdrawal of British troops from Afghanistan, and that no new troops would be deployed.

“We need to accept we are at the limit of numbers now and I would like the forces to come back as soon as possible,” he was quoted as saying.

“We have to reset expectations and timelines.

“National security is the focus now. We are not a global policeman. We are not in Afghanistan for the sake of the education policy in a broken 13th-century country. We are there so the people of Britain and our global interests are not threatened,” Fox said.

With Karzai having pledged that Afghan forces will take responsibility for security by 2014, Fox said he would see if training could be accelerated.

“I want to talk to people on the ground, our trainers, to see whether there is room to accelerate it without diminishing the quality,” he said.

His frank comments came as the death of a Royal Marine in southern Afghanistan on Friday brought to 286 the number of British soldiers killed in the country since 2001.

Britain is the second-biggest provider of troops and aid to Afghanistan, behind the United States.

In comments to reporters aboard the Royal Air Force plane that brought the trio to Kabul, Fox said he still believed Britain should have a military presence in Afghanistan.

“When I got this job the very first question I asked myself was ‘do we have to be in Afghanistan, do our troops have to take these costs of life and limb?’ And my answer is still ‘yes’,” the BBC quoted him as saying
Published in The Express Tribune, May 23, 2010. 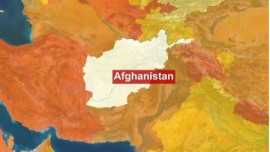 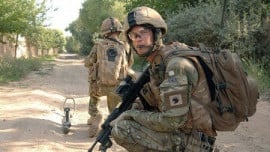 US to lead 8,000 British troops in Afghanistan