The options for Nawaz Sharif?

The options for Nawaz Sharif? 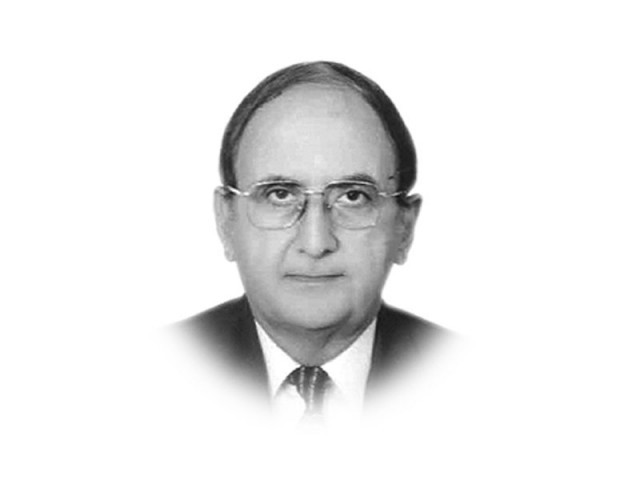 The decision of the Accountability Court to charge Nawaz Sharif, his daughter and son-in-law with corrupt financial practices this week has wide-ranging implications for Pakistan. It demonstrates the will of the judicial system to address corruption in the higher echelons of government. However, the political circles are sharply divided on this issue which has increased uncertainty about the future direction of democratic politics.

The Sharif family is questioning the legitimacy of the court to prosecute them on these issues. Their prosecution is being projected as a civil-military conflict rather than an issue of corruption and money laundering by some power elite. The PML-N loyalists are subscribing to this narrative and some of the prominent party leaders, including federal and Punjab ministers, make no secret of their strong reservations about the role of the military and the judiciary. Other political parties reject the PML-N narrative of the on-going accountability of the Sharif family. This has caused a sharp confrontational environment between the PML-N and other political parties, especially the PTI led by Imran Khan. The PPP is also criticising the PML-N’s campaign against the superior judiciary and the military.

These developments have also caused some internal tensions in the PML-N. Nawaz Sharif is using his political clout to defuse these internal party tensions so that there is no internal revolt against his policy of confrontation with the superior judiciary and the military. The key dilemma that the PML-N activists are facing is whether they continue to blindly support the Sharif family’s court battle and the political campaign or should they protect the long-term interests of the PML-N by opting for Shehbaz Sharif for leading the party during the on-going troubled time.

This option faces two challenges. If the Hudabiya case or the Model Two killings case is resumed, the Shehbaz option may run into difficulties. The Shehbaz option is not yet acceptable to Nawaz who wants to keep the leadership in his immediate family. These tensions are expected to rise as the trial of the Sharif family advances.

What are the political options available to Nawaz to save him from the court conviction and keep a firm control over they party to ensure that the “throne of power” stays in his immediate family. He has several options available to him. First, he can deal with the court cases in a purely legal way. If the Accountability Court gives an adverse judgment, an appeal can be filed with the High Court and the Supreme Court. No useful purpose will be served by politicising the court cases by describing them as political victimisation.

Second, he can engage in popular mobilisation by holding public rallies and protest rallies in different parts of Punjab to force the closure of cases against him and his family. Nawaz may hold party rallies but, in the absence of support from other political parties, he cannot generate enough momentum to paralyse the legal proceedings. There is hardly any sympathy for Nawaz with reference to corruption and money laundering issues beyond the hardcore of his political party.

Third, Nawaz may attempt to expand his political support by winning over the support of the PPP and the MQM in the two houses of parliament to pass a new Accountability Law to replace the existing legal and administrative system for dealing with corruption cases. The PML-N is already working on this strategy by bringing in a law that will neutralise current cases against the Sharif family and undo his disqualification. However, the PML-N has not so far made a very attractive political offer to bring the PPP or the MQM on board.

Fourth, the election of Senate members in March is expected to improve the strength of the PML-N in that house. If it can obtain the support of some opposition parties, especially the PPP and the MQM, it can amend the Constitution to restore Nawaz’s political status as well as adopt measures to increase political control of the military and the superior judiciary, especially on matters of appointment, promotion and a cut back on the powers of the army chief. It may also increase the role of parliament and the civilian government in the accountability of judges and generals.

These ideas are floating in the political system, mainly in the circles close to the ruling PML-N. The current federal government is focused only on how to protect Nawaz and his family from the on-going accountability. Some of the federal ministers have become the “drum beaters” of the “save Nawaz” campaign and are using the state resources for the campaign that also includes propaganda against the army and the superior judiciary. The National Assembly speaker is also engaged in this partisan exercise. The Punjab government lends some support to the campaign.

Time holds the key to the success of the “save Nawaz Sharif” campaign. If the Accountability Court case proceeds on its normal pace, it is expected to be settled by the end of December. This limits the PML-N options to overcome the current crisis. However, if the court process is delayed up to March-April, the PML-N stands a better chance to make a bid to use the democratic process to safeguard its partisan interests.

The strain in civil-military relations can intensify, if the PML-N actively mobilises parliamentary support for acquiring a legal and constitutional role in internal organisational affairs of the three services, including the appointment, promotion and posting of senior officers. Professional militaries are averse to such political interference in internal service matters.

Any attempt on the part of the PML-N to short-circuit the established legal and constitutional procedures to protect the Sharif family entails serious hazards for internal stability and can adversely affect the efforts to cope with the current economic challenges and external security pressures. There is a need to adopt a dispassionate approach on all these matters keeping in view the overall national interest.