Tamil-langua­ge film 'Mersal' shows a charac­ter delive­ring a fiery monolo­gue in which he attack­s the govern­ment
By AFP
Published: October 21, 2017
Tweet Email 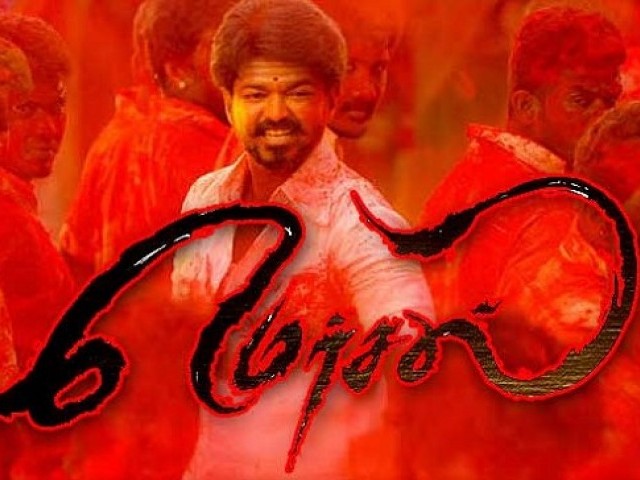 A scene in the Tamil-language film “Mersal” shows a character delivering a fiery monologue in which he attacks the government’s failure to provide free public healthcare despite charging a national goods and services tax (GST) of up to 28 percent.

The scene sparked an uproar among members of the ruling Bharatiya Janata Party (BJP) who have called for it to be deleted from the film.

The BJP’s demands for a cut to the film incited anger on social media, where hashtags #Mersal and #MersalvsModi were trending Saturday after many users accused the party of curbing freedom of expression.

Mr. Modi, Cinema is a deep expression of Tamil culture and language. Don't try to demon-etise Tamil pride by interfering in Mersal

The GST, which came into effect on July 1, was designed to replace a web of state and national levies and transform India’s $2 trillion economy into a single market for the first time.

But critics have said the tax’s complex structure – four main rates ranging from five to 28 percent – has confused businesses, hurt sales and pulled the brakes on the growth of Asia’s third-largest economy.

“Mersal” released on Wednesday to record earnings and has been running to packed theatres.

End of IS caliphate ‘in sight’ after Raqa’s fall, says Trump