Nawaz speaks out against 'social media crackdown, suppression of dissent'

Nawaz speaks out against 'social media crackdown, suppression of dissent' 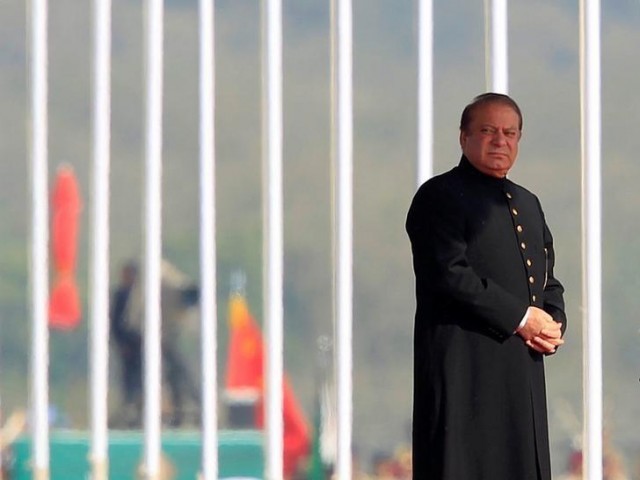 ISLAMABAD: Former prime minister and president of the Pakistan Muslim League-Nawaz (PML-N) Nawaz Sharif on Saturday condemned “suppression of voice of dissent” in the country, saying that attempts to curb social media freedom are tantamount to an attack on freedom of expression.

Amid reports that PML-N supporters were being arrested for their social media posts. Sharif said it was the constitutional duty of the government to protect citizens’ right to freedom of expression.

“Everybody has the right to express opinion or have disagreements as long as they’re not violating the country’s law,” Sharif, who is in London, said in the statement. “Curbing social media freedom is unacceptable. This is an attack on the fundamental right to freedom of expression,” he added.

The statement came after the Federal Investigation Agency (FIA), which works under interior minister Ahsan Iqbal, picked up PML-N activists for propagating against the armed forces and the judiciary. Iqbal had not issued any statement on the arrests of his own party’s workers.

Sharif requested the interior ministry to take notice of the issue and ensure that the arrested PML-N supporters, journalists and bloggers were freed as soon as possible. “People who have been arrested for their social media posts must be released immediately,” he demanded.

“Attempts to silence voices of dissent using power are really worrying. The government needs to stop this from happening,” he said, adding that it was the constitutional duty of the government to protect citizens’ right to freedom of expression.

Earlier, according to details available with The Express Tribune, FIA arrested two men, Anwar Adil and Wajid Rasool, and booked them for uploading objectionable material against the judiciary and armed forces. Both the men remain in custody of the FIA’s Cyber Crimes Wing.

The first information report against Adil and Rasool stated that the two accused disseminated defamatory/objectionable and disgraceful material against judges of the Supreme Court, armed forces of Pakistan and government of Pakistan with mala fide intention.

There are also reports that similar action may be taken in other cities also but there was no official confirmation.

Another birth outside hospital in Punjab, this time it’s Faisalabad