How ‘The Greatest’ got his name

How ‘The Greatest’ got his name 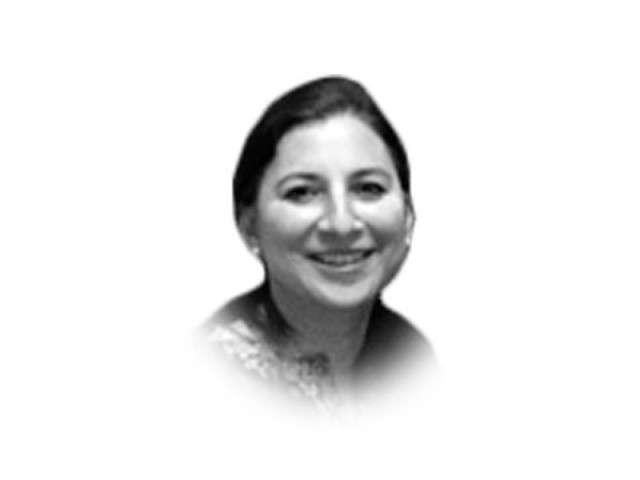 These are hard times to be a Muslim in America. President Donald Trump regularly makes non-inclusive comments such as “Islam hates us,” even though ‘a religion’ does not hate. As a consequence of right-wing attitudes ordinary people suffer: a young 14-year-old African American school boy named Ahmed Mohamed was arrested and thrown out of school when his teacher thought his homemade clock was a bomb; a 17-year-old girl called Nabra Hassanen was recently raped and murdered by Martinez Torres in Virginia; a female university professor who teaches ‘Women and Islam’ was aggressively manhandled and thrown out of a plane recently, as she happened to be a Muslim. All such happenings impact the health and wellbeing of ordinary Muslims and many others around the world who are constantly hearing about these and other cruel injustices. A recent study shows that in America today, Muslims in particular face many psychological pressures and problems due to them constantly being unjustly labelled as terrorists.

Yet, through the smoke of sensationalist media headlines, we still have those positive moments that give us hope. On the evening of October 15 I had the privilege of living one such moment, when I met Khalilah Camacho Ali (also known as Belinda), the wife of the legendary boxer Muhammad Ali.

A radiant African-American, Khalilah has an accent almost identical to that of Muhammad Ali, but her roots go back to South Asia, as her great-great grandfather was an imam from Karachi. In the Pakistani home of Sohail Kiani, the former vice-president of Merrill Lynch in Singapore, and his American wife Doreen, Khalilah began her introduction to a select audience who were mesmerised by her intimate stories and memories of The Greatest.

She said that when she met Muhammad Ali, he had just won his gold medal in the light heavyweight division in the 1960 Summer Olympics in Rome, at the young age of 18. She was only 10 years old. In his famous cocky style, Muhammad Ali said, “I’m going to be the heavyweight champion of the world before I hit 21 so get your autograph! So he gave me his name.” Khalilah said, “When he signed, his name, ‘Cassius Marcellus Clay’. I tore up the paper and threw it on the floor. This is a Roman name! And do you know what the Romans did to us? They enslaved us. You need to change your name!’ In fact, I was really into Islam and admired Prophet Muhammad (pbuh) as my role model — he had the most gentle, simple and compassionate character — so I said to Cassius, ‘Go and get a Muslim name.’” She recounted, “He was upset. But he couldn’t wait. ‘I want to be a Muslim like her.’ So he went to Elijah Muhammad.”

Elijah Muhammad, who led the Nation of Islam Movement, conceived of a new name for Ali. As Khalilah recalled, “He gave him ‘Cassius X,’ so he said, ‘No, no, I don’t want to be Cassius. I want a Muslim name.’ So he named him Ali (after Khalilah’s father) and added Muhammad, after the name of the Prophet (pbuh). Muhammad Ali came back to me and by this time I was no longer 10. I was 13,” she said smiling naughtily. The audience hooted. “He came back and said to me, ‘I changed my name to Muhammad Ali.’ I told him, ‘Now go and live that great name.’”

She told us how Muhammad Ali would spend days outside her house. He even stayed overnight outside once. “I was 16 and I said, ‘What do you want, man!’ He said, ‘Well, you’re going to be my wife.’ I said, ‘But you didn’t ask me?’ He said, ‘I found out that if I ask you, you’ll say no, so I don’t want to ask you!’” When he proposed to her and asked her parents for her hand in marriage, her dad asked, “Do you have a job?” Muhammad Ali had just been banned from boxing and his titles were taken away. “He said he had no job but he had a car!” Everyone laughed. Khalilah, talking about a legend in the making, whispered to her father, “Dad, he’s got potential. I think we’re going to be all right!” The gathering laughed again. “My Dad said to me, ‘you’re not supposed to marry someone who hasn’t got a job. But I change my mind.’ I asked, ‘Dad, why did you change your mind?’ he replied, ‘Because when you make up your mind you don’t change yours, so I changed mine!’ So we got married.”

Khalilah remembers her husband as warm and funny. “He had the ability to make everyone feel happy and he was kind to everyone.” She was married to Muhammad Ali for 10 years and has six children by him and her eldest daughter is a writer and a poet. In the gathering there were at least three people called Ali. Khalilah held them affectionately. She signed a picture of herself and Muhammad Ali as newlyweds.

She reminisces, “I asked Muhammad Ali once, ‘everyone admires you and wants to be like you, but who do you admire?’ he said, ‘I wish I could be half as strong as you.’” She added, “He always supported women’s rights. He was not a misogynist.” Khalilah too was a role model for Muslim women and for women’s rights, acknowledged Doreen.

Khalilah had been invited to Pakistan by Mahomed Akbar Khan, originally a Yusufzai Pathan, whose grandfather migrated to South Africa in the 1900s. Now settled in the US, Mahomed runs the goodwill initiative, ‘Star Power Offering Peace and Prosperity’. His noble aim is to allure stars to draw people’s attention to human suffering and needs. In this trip, he told me, he took Khalilah to see and help orphan girls in various charities looking after 4,000 Pakistani orphans.

“When the world finds out that Muhammad Ali’s wife visited Pakistan, they will know the reality that it is safe here. We don’t like the misperception of Pakistan as an incubation of terrorism. Part of the trip is to bridge the gap between this terribly mean misperception. Every nation has its fringe group. Parts of Chicago are so dangerous,” said Mahomed, to which Khalilah added, “It’s so dangerous there, people eat on the floor because you can get shot.” However, Mahomed assured, “But of course, this is not the image of America.” After a pause he added, “USAID, USIP, etc, fund good projects in Pakistan like orphanages and peace projects, which shows they care. This is the real spirit of America. I think that America and its people are very diverse and beautiful people, just as Pakistan and Pakistanis are both diverse and beautiful. No one side should stereotype the other.”

He thoughtfully added, “Pakistanis are very resilient and there are gems amongst them who really care about helping society and solving human problems. Pakistanis genuinely care about the wellbeing of others. When the wife of the world’s number one heavyweight champion comes to Pakistan where she also has roots, this is peace, as it changes misperceptions.” He informed Khalilah “was extremely pleased by people’s warmth, genuine love and admiration for Ali. She was embraced warmly and even flew a plane under the aegis of the Pakistan Air Force. From America, she flew thousands of miles all the way to help orphans, so the message is for those who live closer to reach out and help human suffering.”

At a time when the Pakistan-US relations seem to be utterly fragile, Khalilah’s visit highlighted the unity and warmth that can be possible between people of different nations. What touched me also was that Khalilah was so humble. She reached out to everyone, regardless of who they were. When young waiters of Khiva Restaurant, who were catering that evening, came up to her for a photograph she politely obliged. That evening there were no divisions between the rich and the poor, between Pakistanis and Americans — there was affection, there was trust, there was friendship.

Blessed are the peace-builders as they are the bridges that help heal our shared, but troubled, world. Muhammed Ali and Khalilah also represent the finest in Islam — they are people who embrace others with genuine warmth and affection; Muhammad Ali is revered not only in America, but across the world. Perhaps he is loved not so much for his trophies as much as for his outstanding character as he understood the human need to accept others as they are and reach out to them.

Rise of the Shehbaz League?