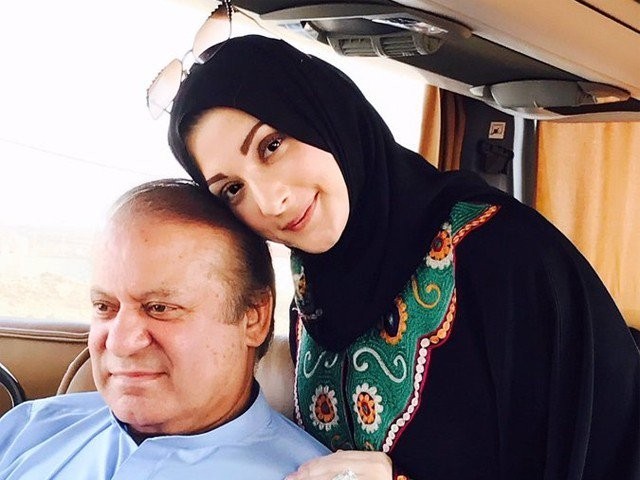 Hours after an accountability court on Friday indicted ousted prime minister Nawaz Sharif in another corruption case, his daughter Maryam Nawaz took to the microblogging website Twitter to say that the trials are just an adverse moment for her “brave” father.

“Fire tests gold, adversity tests brave men. Allah is Sufficient for us,” twitted Maryam who is widely tipped as the political heir apparent of Nawaz Sharif.

The accountability court indicted the deposed premier in the Flagship Investment Ltd reference filed against him by the National Accountability Bureau (NAB). Sharif’s lawyer, Zafir Khan, entered a plea of not guilty.

If Sharif convicted, Shehbaz will be PML-N candidate for PM slot

The charge sheet, read out by Justice Muhammad Bashir, stated that the former premier had assets beyond his known means of income. It also said Sharif held public offices between 2007 and 2014, when he was also the chairman of Flagship Investment.

A day earlier, Nawaz Sharif, his daughter Maryam and son-in-law Captain (retd) Mohammad Safdar were indicted in a NAB reference pertaining to their Avenfield flats in London, UK.

In its July 28 landmark judgment in the Panama Papers case, a five-judge bench of the Supreme Court unanimously ousted Sharif for concealing assets in his nomination papers for 2013 elections.