Pompeo said US need to bring Taliba­n to negoti­ating table in Afghan­istan but unable to becaus­e of safe havens­
By Reuters
Published: October 19, 2017
Tweet Email 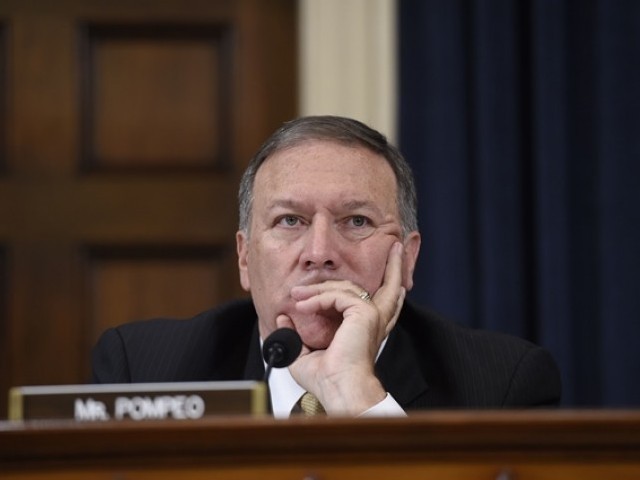 Mike Pompeo's remarks appeared to be the first time a US official stated the family spent their captivity in Pakistan.PHOTO: AFP

WASHINGTON: The head of the CIA claimed on Thursday that a US-Canadian couple kidnapped by the Taliban in Afghanistan were held inside neighbouring Pakistan for five years before being freed last week.

“We had a great outcome last week when we were able to get back four US citizens who had been held for five years inside of Pakistan,” CIA Director Mike Pompeo told the Foundation for Defence of Democracies think-tank in Washington. 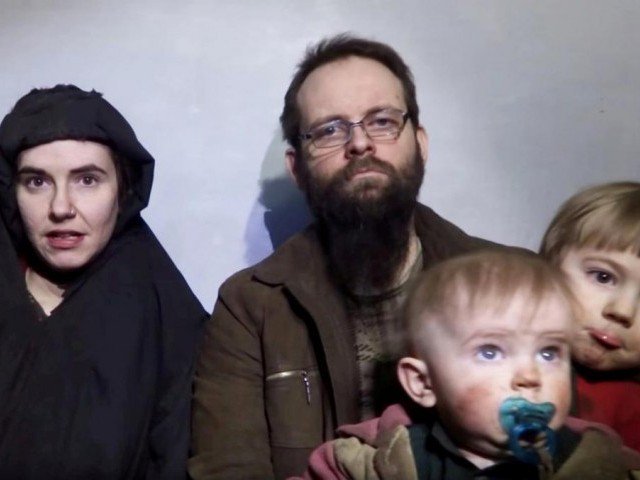 A still image from a video posted by the Taliban on social media on December 19, 2016 shows American Caitlan Coleman (left) speaking next to her Canadian husband Joshua Boyle and their two sons. PHOTO: REUTERS

Pompeo’s remarks appeared to be the first time a US official has publicly stated that the family spent their captivity in Pakistan.

Pakistan’s military and government has indicated that US citizen Caitlan Coleman, her Canadian husband Joshua Boyle and their children were rescued shortly after entering Pakistan from Afghanistan.

The couple had been kidnapped in 2012 while backpacking in Afghanistan and their children were born in captivity.

US officials, speaking on condition of anonymity, have previously said there was no indication that the hostages had been in Afghanistan in the days before they were freed, contrary to the Pakistani account. The officials said the United States believed the hostages were probably held by the Haqqani network in or near its headquarters in northwestern Pakistan the entire time.

A senior Pakistani security source said last Friday that Pakistani troops and intelligence agents, acting on a US intelligence tip, zeroed in on a vehicle carrying the family as they were being moved into Kurram Agency near Kohat, some 60 km inside Pakistan.

Pakistani officials bristle at US claims Islamabad is not doing enough to tackle militants, particularly the Haqqanis.

After the release of the family, they emphasised the importance of cooperation and intelligence sharing by Washington, which has threatened to cut military aid and other punitive measures against Pakistan.

However, two Taliban sources with knowledge of the family’s captivity said they had been kept in Pakistan in recent years. The Haqqani network operates on both sides of the porous Afghan-Pakistani border but senior militants have acknowledged they moved a major base of operations to the Kurram region.

As part of a strategy unveiled in August to end the war in Afghanistan, the Trump administration is demanding Pakistan cease providing what US officials say is safe haven to militants, or face repercussions. Those measures could include further cuts in US assistance and sanctions targeted at Pakistani officials with links to militant organizations.

Pompeo’s remarks came ahead of a visit to Pakistan next week by US Secretary of State Rex Tillerson, who said on Wednesday the United States expected Pakistan “to take decisive action against terrorist groups.” A senior Trump administration official, speaking on condition of anonymity, said on Thursday the United States considers the family’s rescue a “template for more cooperation” by Pakistan.

“We see this as a first step and we hope that we can build on it,” said the official, adding that Washington is “very frustrated that Taliban and Haqqani militants continue to find sanctuary in Pakistan. It’s freedom of movement, it’s the ability to transport weapons and materiel, the ability to raise funds. This is what makes a sanctuary”.

Pompeo said the United States would do everything if could to bring the Taliban to the negotiating table in Afghanistan, but added it could not be achieved if the militants had safe havens.