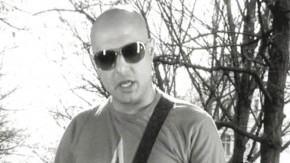 KARACHI: Amitabh Bachchan joined the micro-blogging site this week just to face the 140-character dilemma. His Twitter handle (@SrBachchan) shows the Bollywood legend is apparently inspired by his son whose Twitter user name is @juniorbachchan.

Drawing 37,500 fans on the first day, Big B’s fan-following was constantly being compared to that of Sachin Tendulkar who had 79,000 followers the day he joined Twitter. Unlike Salman Khan and Big B who recently joined the site, many actors like Saif Ali Khan are adamant that they will not join Twitter.

“I would not be on Twitter because I do not feel the need. I do not want to share my thoughts,” Khan told the IANS news agency.

Here’s a round-up of the best tweets of the week.

Let it (Facebook) be banned in honour of Hazrat Mohammad (pbuh). This will be the first of the sacrifices.

(I am) shocked at the defeat of the Pakistani cricket team. Hussey took the game away in the last over. Hard luck!

Celebrities (are) putting up their topless pictures. Friends (are) pressurising and daring I put mine.

Do not know whether I should be flattered or insulted when some of you say: I enjoy your tweets much more than your movies.

My teacher once told me that no one appreciates the light when it is red. What if it did not work in the moment you needed it most?

Maybe it is because I am from a middle class background that I am always grateful for whatever I get.

Most of the stuff I endorse is meant for everyone who anyway uses stuff of that genre (but) I just want them to use the one I sell.