Farhan Akhtar, other celebrities give shout out to 'Verna'

Farhan Akhtar, other celebrities give shout out to 'Verna'

And Mahira respon­ds to the love
By Entertainment Desk
Published: October 19, 2017
Tweet Email 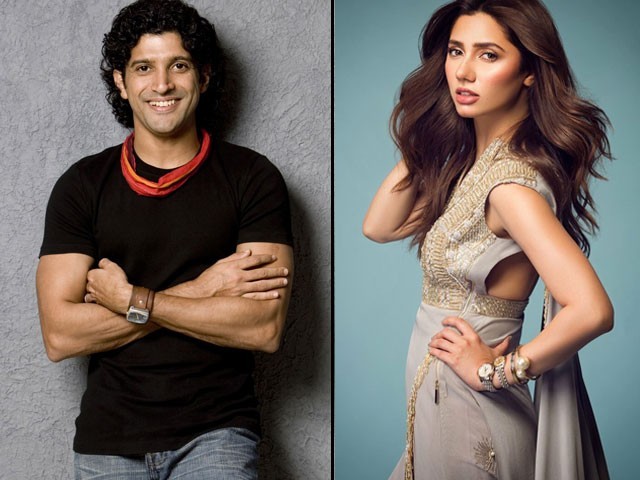 Mahira Khan’s upcoming venture Verna will portray her in various avatars. The badass trailer of the Shoaib Mansoor directorial came out recently and made quite a stir on social media.

Characters are so intense at times, they stay with you very long: Mahira Khan

Not only in Pakistan, but people across the border couldn’t help but praise Mahira on her stellar acting prowess. Bollywood celeb Farhan Akhtar also gave a shout out to the Raees star and took to Twitter to express his excitement and wish the team best of success…

Mahira responded to the Rock On star’s tweet and wrote, “Thank you. Hope you get to watch it!”

Thank you. Hope you get to watch it! X https://t.co/pfKaNAsqjG

To which, Mahira retorted, “You better!”

Love the intensity in the trailer @TheMahiraKhan can't wait to watch it https://t.co/elzpjb9T4D #Verna

Verna is surely making quite a buzz in the industry and across the border! We can’t wait for the movie to release already!