Call to include rural women in decision-making

Call to include rural women in decision-making 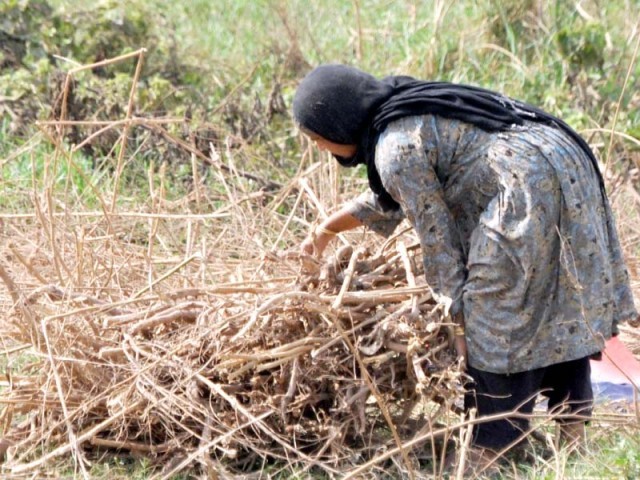 ISLAMABAD: 1,000 women from over 100 districts of the country gathered in the federal capital on Monday demanding that they should be granted a seat at the table where decisions regarding sustainable development are taken.

The women were brought together by the Potohar Organisation for Development Advocacy (PODA), a women’s rights organisation, as part of its annual two-day conference to mark Rural Women Day.

PODA Executive Director Kaukab Jehan said that rural women have an integral role to play in the country’s democracy and sustainable development.

Shoaib Sultan, the chairperson of the Rural Support Programmes  Network (RSPN), said that rural women should be included at all levels of the decision-making process. He lamented that so far no comprehensive policy had been developed for development of rural women.

“The key to women economic empowerment, especially for rural women, would be to get organised and work collectively,” Sultan said, adding that being part of the decision-making process is crucial for women to achieve their social, economic and political empowerment goals.

While addressing a policy dialogue on political empowerment of rural women, Democratic Commission on Human Development Executive Director Tanveer Jahan said that the political participation of women in the country has been a challenge, particularly for women in the rural areas.

Election Commission of Pakistan’s Haroon Shinwari said that thanks to a landmark electoral reform law, political parties were mandated to provide tickets to women so that they can contest elections on general seats.

He added that political participation of women was not only restricted to contesting the election but also in casting their vote and to have ownership in legislation and policy-making.

Punjab Commission on the Status of Women (PCSW) Chairperson Fouzia Viqar said that of the 97 million Pakistanis registered with the ECP to vote, around 56 per cent are males while the remaining 44 are females.

However, an estimated 10.1 million women, who were over 18-years-old and eligible to vote but did not have the necessary Computerised National Identity Card, cannot participate in the electoral process. She emphasized that all stakeholders should play their role in facilitating women to get CNICs and register to vote.

NCSW Chairperson Khawar Mumtaz called on the concerned quarters to recognise women farmers as members of the general workforce so that they can claim equal rights as the men.

Dr Nomeena Anis, a nutritionist with the Food and Agriculture Organisation (FAO) said that rural women are far more vulnerable to climate change since they are the main producers of food.

Hence, Dr Anis argued, rural women should be included in the policy formulation phase for climate change and food security.

NIB-NARC Director Yousaf Riaz echoed the FAO nutritionist, noting that women were more vulnerable to natural disasters such as floods, droughts and diseases that which are expected to increase as the climate changes.

“It is increasingly evident that involving women and men in all decision-making on climate action is a significant factor in meeting the climate challenge,” Riaz said.

The conference also featured colourful stalls with products made by rural women.