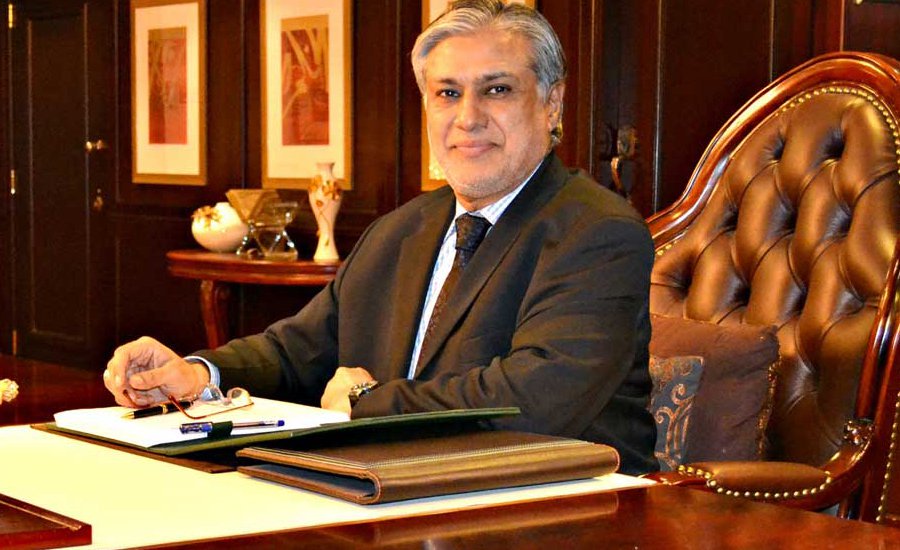 Finance Minister Ishaq Dar on Monday ducked questions on a speech of Army chief General Qamar Bajwa that triggered a national debate but insisted that Pakistan’s economy was not performing as bad as others perceived.

It was the finance minister’s first press conference after his indictment in an accountability court on corruption charges and the military’s reservations over the sky-high debt and an abysmal tax base.

However, Dar’s body language showed he was not on top of himself.

Despite his presser, mystery remains about Dar’s future role and the reason behind the military’s decision to go public about its concerns on a state of the economy. The finance minister also did not share a plan to tackle the challenges on the external front except saying that foreign currency reserves of $13.78 billion were ‘fairly satisfactory’.

Dar again said that Pakistan would not seek another bailout package from the International Monetary Fund.

Dar steps in to end tiff on economy

The only indication about his future economic plan came when the minister said that the government’s focus will remain on further accelerating the economic growth and it will strive hard to the achieve 6% growth target.

The finance minister also did not comment whether he would resign in the wake of his indictment and said any decision in this regard will be taken by Prime Minister Shahid Khaqan Abbasi and his party, the PML-N.

However, in an interview to a private news channel, the premier has already said that the decision whether to continue as finance minister or not has to be taken by Dar himself.

It was the first press conference by the finance minister during the last three months and came on the heels of rare public reservations expressed by the military in which it questioned the economic policies of the government.

When asked why the army chief gave a public statement when Pakistan had faced a similar situation in 2008 and 2013, Dar did not respond. While explaining the reasons behind increase in debt, Dar said the share of defence budget and the development budget increased in the total budget during the past four years while interest payments remained constant at 32% of the total budget.

When he was asked whether the share of the military budget was 30% after taking into account other hidden military expenses and shares in revenues, Dar said that this was not the right time to respond to the question.

But he said that “all institutions belong to Pakistan and we should not make them controversial”.

“We need to work together and redouble our efforts to achieve economic and security objectives, and realise Pakistan’s true potential,” said the finance minister.

He said the government’s resolve was to continue on the path of high economic growth that will also help improve security. He agreed that the country’s security was intertwined with the economy.

Dar defended his economic performance of the past four years while also acknowledging some challenges on the external and tax base fronts. He again used selected numbers on public and circular debt to hide underlying worsening problems.

He said the confusion over public debt was because the external debt numbers are being reviewed in isolation. He said the total government debt-to-GDP ratio was 61.6% in June 2017, much lower than countries like the US, the UK, Japan, India, Egypt and Sri Lanka. “The external debt was only 20.6% of GDP.”

The finance minister said Pakistan’s economy was in an expansion phase; therefore, the current account deficit was rising.

He claimed that circular debt was only Rs390 billion.

Dar said during past years, International credit rating agencies have improved Pakistan’s credit ratings and hoped that Pakistan would become the 20th largest economy by 2030 and 16th by 2050.

He said inflation has been brought down to 4-5% range and interest rates are at record lows.