Ghani Khan: The rhythms of hope

Ghani Khan: The rhythms of hope

A band aims to bring the poetic messag­e of Ghani Khan to Pakist­an.
By Rafay Mahmood
Published: April 20, 2011
Tweet Email 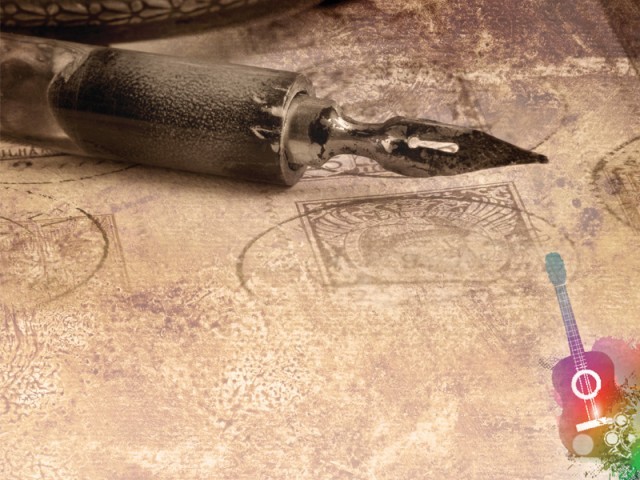 A band aims to bring the poetic message of Ghani Khan to Pakistan. DESIGN: AMNA IQBAL

Popular music has played a crucial role in promoting all kinds of poetry in Pakistan. Faiz Ahmed Faiz’s classics became a part of pop culture via the melodious voices of Noor Jehan, Nayyara Noor, Iqbal Bano and, of course, Tina Sani, to name a few.

Mohammad Ali Shekhi brought Allan Fakir on the mainstream, who later went on to delight audiences with his stirring renditions of Shah Abdul Latif Bhittai’s poetry. And of course, Junoon made it big largely thanks to their interpretation of Allama Iqbal’s poetry. The Mekaal Hassan Band, among many others, use Bulleh Shah’s poetry in their songs while Laal is all about Faiz and Jalib’s revolutionary poetry.

However the discovery of the Yasir and Jawad (Y and J) band has brought Khan Abdul Ghani Khan’s poetry into the mainstream, a poet whom nobody was aware of, and suddenly their rendition of Ghani Khan’s “Reidi Gul” became one of the most viewed videos on Youtube.

Khan Abdul Ghani Khan who wrote with the pen name of Ghani Khan was born in the Utmanzai area, which was located in Hashtnagar, now modern day Charsadda. He was the son of the Pashtun leader Khan Abdul Ghaffar Khan, popularly known as Bachcha Khan. His most famous works include the collection of his poetry called Kuliyat-e-Ghani and an English book by the name of The Pathans.

Despite his affiliations with a political family, his poetry was totally non-conformist and his approach towards life, religion and the world is what makes him interesting for today’s youth.

“All Ghani talks about is peace and tolerance, in one of his writings he says that human beings today are thirsty for each other’s blood and even their love for a beloved, is more like lust, so it’s better to spend one’s life in a desert full of masti,” says Wali Orakzai — the vocalist for the Y and J band who is also a political science student.

“If you compare Ghani Khan to other Pashto poets like Rehman Baba, you’ll realise that Baba’s poetry is Sufi and is written in a preachy sort of manner and today’s youth is fed up of him, whereas Ghani wrote about topics relevant to youngsters and gives them a new perspective,” Wali said.

On the contrary, some people, who have studied Ghani Khan’s poetry in detail, believe that it was his interpretation of God and faith which distinguished him from other Pashto poets.

“If you look at Pashto poetry at large, due to the emphasis that Pashtuns put on religion, the concept of a beloved has only been used for God, whereas Ghani himself, being a strong opponent of the madrassas, believed that your destiny or your purpose of life can also be your beloved, which is much more pleasing,” says Humayun Kasi, a student of Ghani Khan’s poetry and a visiting faculty member at a private university.

Humayun is of the opinion that Ghani Khan’s poetry is the requirement for today’s Khyber-Paktunkhwa because the people there have lost hope in the state and every other form of authority, and it is important that we revisit people like Ghani Khan who give them hope, before it gets worse.

“Fifty per cent of the people in Khyber-Pakhtunkhwa cannot speak in Urdu, while 70 per cent of them cannot write their own name! The province is going through serious socio-economic and political turmoil,” said Humayun. He also added that despite all the misery, terrorism and drone attacks, all of these people “love the sound of the Rabab, enjoy singing and if anything can give them hope now, it is inspirational poetry like Ghani Khan’s.”

Wali, on the other hand, is adamant that he along with his band, will only sing Ghani Khan poems in the future because that is the image that Pashtuns need promoted. Wali says that the platform of Uth Records has allowed them to bring Ghani Khan’s poetry to the nation.

“Right after the release of our track ‘Reidi Gul’ (Poppy flower), people have started to ask about Ghani Khan and we feel proud that we have preached the message of a poet from a part of Pakistan from which people do not expect to hear a message of hope,” Wali told The Express Tribune.

In a desert, once, on a hunt did I find,

With a radiant smile, a flower so fair;

In a desert, once, on a hunt did I find,

With a radiant smile, a flower so fair;

Sadly, I approached and sighed, “Ah! Of my kind

Are you too – a hapless flower from a beloved’s hair.

Frail fingers wouldn’t take you to a soft face so close,

Nor would you be kissed by lips delicate and rose.”

With a silent smile the flower replied, “Don’t lose heart!

With a silent smile the flower replied, “Don’t lose heart!

This desert I wouldn’t give up for the gardens of Iran,

Solitary I am here while legions are there,

Amidst this cursed soil I stand apart.

In this gray desert, a flamboyant flame of divine light am I,

Beauty’s silent song, a miracle from the sky.

In your garden, there are thousands of flowers like me

In your garden, there are thousands of flowers like me

In this gray desert, a flamboyant flame of divine light am I,

Beauty’s silent song, a miracle from the sky.

In your garden, there are thousands of flowers like me –

A nameless droplet in a nameless sea.

You too, in your desert, don’t feel forlorn,

To behold you at last shall come a sore Ghani Khan.

To behold you at last shall come a sore Ghani Khan.

The evolution of Ensemble