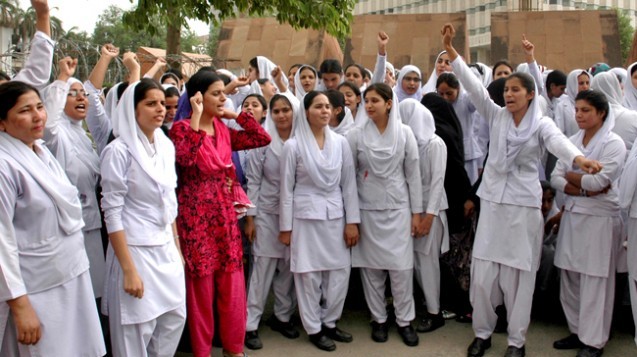 Nurses of the Ganga Ram Hospital protested against the illegal construction of a gynae ward in the hospital on Saturday.

They blocked the Fatima Jinnah Road and chanted slogans against the authorities.

The building that set off the demonstrations is a Gynaecology ward which nurses say is being built on land occupied by their hostel.

They said that they need a decent place of residence to do their jobs.

A man was arrested at the scene after taking photgraphs.  He claimed to be a journalist but couldn't prove his identity. 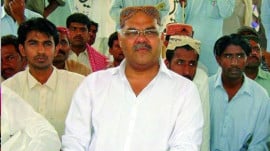 Monthly stipend of nurses to be raised to Rs2,500