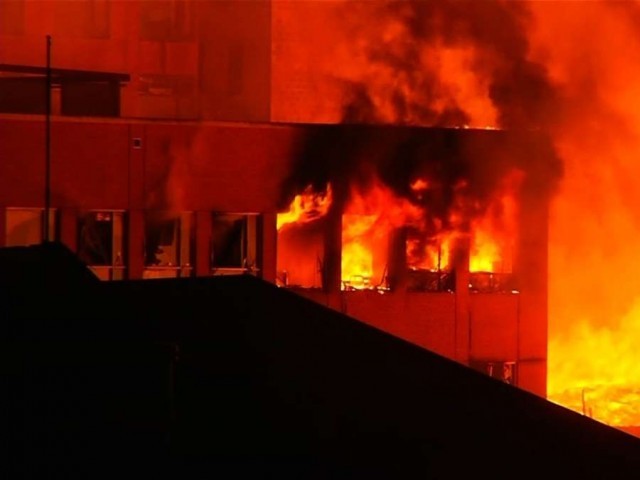 RIYADH: A fire at a carpentry workshop in the Saudi capital has left 10 people dead and three others injured, the kingdom’s civil defence said on Sunday.

“The Riyadh civil defence put out a fire that broke out at a carpentry workshop in the Badr district of Riyadh,” the Saudi civil defence wrote on its official Twitter account.

It said the victims’ identities had not yet been determined. No information was given on the cause of the overnight fire.

The civil defence posted photos of what appeared to be an enormous lumber yard engulfed in flames, with firefighters working through the night to douse the blaze.

In Berlin, Kashmiris to protest 70 years of Indian occupation