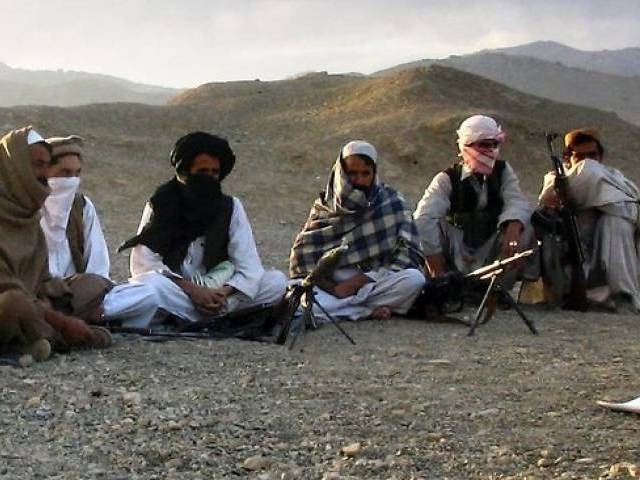 The Taliban’s stance of not engaging in peace talks with the current Afghan government remains unchanged. PHOTO: AFP

ISLAMABAD: The Taliban’s stance of not engaging in peace talks with the current Afghan government “remains unchanged” and the insurgent group has “nothing to do” with next week’s four-nation dialogue in Oman aimed at seeking a politically negotiated end to the war, according to a VOA report.

Negotiators from Afghanistan, Pakistan, China and the United States are scheduled to meet in the Gulf state on October 16 this year to revive talks on encouraging the Taliban to come to the negotiating table and enhance regional anti-terrorism cooperation.

QCG agrees to give peace a chance

“Nobody has contacted us, nor are we participating in this meeting,” a senior Taliban official told VOA on the condition of anonymity when asked whether the group intends to join or approve the Quadrilateral Cooperation Group (QCG).

“Our stance on talks with the Kabul government remains unchanged. We have nothing to do with this meeting. It is their [member nations] own affair,” the official continued.

The Afghan Taliban have long refused to engage in any Afghan peace talks until the US and NATO forces completely withdraw from the war-torn country. The insurgents have also been calling for, among other demands, recognition for their political office in Qatar.

The QCG was launched in January 2016, but the peace process broke down after a fifth session in May of that year, when a US drone attack killed the leader of the Taliban, Mullah Akhtar Mansoor, while he was travelling through the province of Balochistan.

QCG members were supposed to use their respective influence on parties to the Afghan conflict to nudge the Taliban to the negotiating table; however, the Taliban’s reluctance to engage in peace talks, along with relations between Kabul and Islamabad being marred by mistrust, have been blamed for preventing any progress in previous QCG sessions.

Pakistan Foreign Ministry Spokesperson Nafees Zakaria said that as a member of QCG, his country has always played the role of a facilitator along with China and the US to promote Afghan peace and reconciliation.

“Pakistan supports negotiated settlement of issues and national reconciliation in Afghanistan. We do not believe that military approach can bring peace in Afghanistan,” he told VOA.

The QCG process is being revived at a time when the US military has stepped up counter-Taliban operations in Afghanistan in a bid to halt resurgent Taliban advances and pressure them to engage in peace talks.

In August, US President Donald Trump announced his “new strategy” for the Afghan war, promising intensification in military efforts and asking Pakistan to end “safe havens” on its territory. Islamabad again rejected the charges as an attempt to “scapegoat” Pakistan for US failures in Afghanistan.

Foreign Minister Khawaja Asif said last week that Moscow’s influence on the Taliban may have increased to the point that Moscow would be better able than Islamabad to coax the insurgents into peace talks.

“At least for our influence on Taliban today, there is a mistrust… perhaps they have more influence from other countries in that region than in our Pakistan,” Asif told VOA when asked whether he was referring to Russia.

The foreign minister, however, appeared upbeat about the coming QCG meeting in Muscat. “The quadrilateral arrangement will again be in operation. So, that is something we still hope will… still work,” said Asif.

Islamabad, Moscow, Beijing and Tehran are pushing for a political solution to the Afghan war, saying 16-years of military efforts have failed to achieve peace in Afghanistan.

Analysts such as former US special representative for Afghanistan and Pakistan, Richard Olson, at a recent public talk in Washington, also emphasised the need for making a political settlement with the Taliban a central element of the US policy.

“I would say that the first step in a modality, that is to say, the first step in getting a peace process going, would be to… open formally the Taliban office in Doha for the purposes of discussing peace with the Afghan government in a publicly recognised way,” Olson said.

The former US envoy also noted that regional countries would have to be involved in Afghan peace building efforts because of an increase in the “hedging strategies” by countries around Afghanistan.

“Russia and Iran have been building their relationships with the Taliban despite a lack of ideological religious affinity, especially on part of Iran. Pakistan has never really abandoned a hedging strategy with regards to Afghanistan,” said Olson.

This story originally appeared on the VOA.

10 toughest places for girls to go to school