Summon­s the offici­al on 13th, says no one could be detain­ed for a long time on the basis of press clippi­ngs
By Our Correspondent
Published: October 11, 2017
Tweet Email 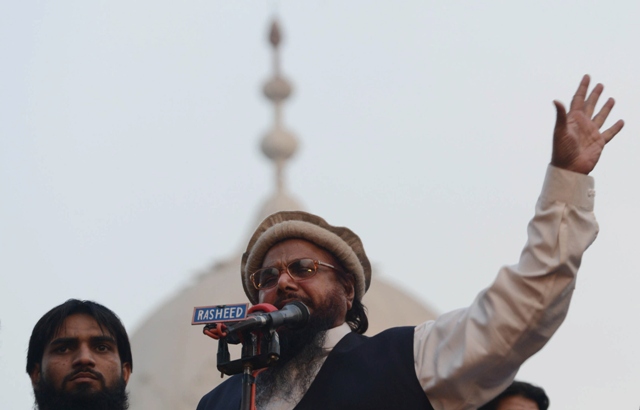 The judge observed that “courts should be locked” if matters were to be decided unilaterally by the ministry. He said no one was ready to cooperate with the courts and the law officers also apparently wanted to shut them.

He said it was the obligation of the government to protect the basic rights and no one could be detained for a long time merely on the basis of newspaper clippings.

Around 10,000 security personnel were deputed for protecting government personalities, but in this matter everyone appeared reluctant to appear before the court, said Justice Naqvi while summoning the interior secretary to explain the matter on Oct 13.

The petitioner’s counsel contended that the government had extended for 90 days the detention of the JuD chief and others, without waiting for the decision of the LHC before which the case against his incarceration was pending.

He alleged that the JuD leaders had been detained merely on the basis of allegations, without any substantial evidence against them, and the extension of the detention was illegal and a violation of basic rights.

Requesting the court to declare the detention null and void, he contended that the JuD chief and other leaders had been detained because of pressure from the United States government.

In previous proceedings, the Punjab home department stated in a report submitted in connection with the petition filed by the JuD chief against his detention that his activities would pose a threat to public safety and cause a breach of public order if he was released.

The report said several cases had been registered against his Falah-e-Insaniat Foundation (FIF) and the detainee has also launched a campaign of his political party that had not been registered with the Election Commission of Pakistan. It said Saeed and other leaders of JuD and FIF had been detained to stop them from collecting illegal funds for the organisations.

The petitioner’s counsel AK Dogar had contended that an order of preventive detention had to satisfy the requirements laid down by the Supreme Court in its judgments. He also said that various courts had declared detention of JuD leaders illegal in the past.

Fire guts goods worth over Rs3.5m in Balakot