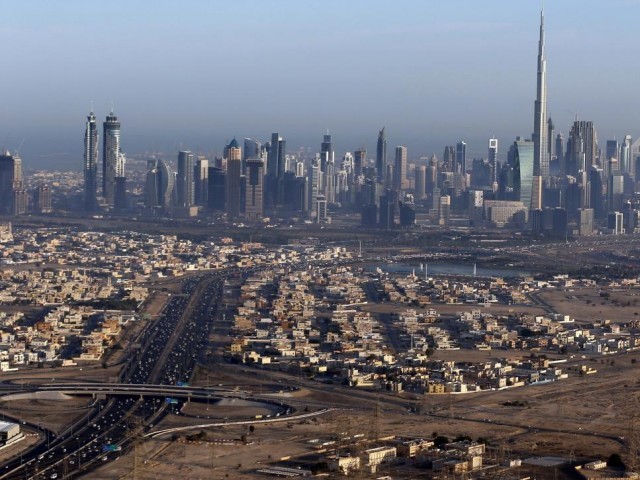 ISLAMABAD: After every government institution closed its eyes to questionable outflows of $8 billion that have been parked during the past four years in Dubai’s real estate by Pakistani nationals, parliament has finally decided to jump in to take corrective measures.

The National Assembly Standing Committee on Finance on Tuesday took upon itself the gigantic task of erecting barricades to stop free outflow of money from the country and set up a three-member committee that will holistically review the whole issue.

PML-N’s Dr Shezra Mansab Ali will head the panel that will comprise MNAs Isphanyar Bhandara as well as Asad Umer, the PTI lawmaker who had been raising the issue for a year.

The Public Accounts Committee of parliament is also considering writing a letter to the Dubai Land Development to seek information about the Pakistanis that have invested in the United Arab Emirates (UAE).

Pakistan blames US for failure to curb money laundering

The three-member panel’s terms of reference will be to look into how the $8 billion money flew abroad; whether the money can be brought back and how to stop future overseas investments by individuals.

Parliament is now in the driving seat, thanks to the callous attitude of the responsible government departments – the State Bank of Pakistan (SBP), the Federal Board of Revenue (FBR), the Securities and Exchange Commission of Pakistan (SECP) and the Federal Investigation Agency (FIA).

Three of these institutions work under Minister of Finance Ishaq Dar, who had promised after emergence of the Panama Papers that he would take all possible measures to plug legal loopholes.

During the past one and half years, Pakistani nationals have made 5,398 real estate transactions but no government department has any data about these transactions.

“With the fresh investment, the total investment abroad increased to $8 billion in past four years and during this period the country obtained $22 billion external loans to meet its requirements,” said Umar, who had been asking whether the SBP allowed anybody to buy properties abroad.

The responsible institutions’ indifference can be gauged from the simple fact that the FBR has no idea whatsoever whether those who owned properties in Dubai declared them in their annual wealth statements and income tax returns.

On Tuesday, the FBR’s Member Policy Dr Mohammad Iqbal could not disclose the dates when the FBR wrote to the Dubai tax authorities. He only said the UAE did not respond to their requests.

And when the panel suggested that the FBR should write a letter to Dubai Land Development, he said it would be extra-legal, and the FBR could not directly interact with them. Since the FBR did not know who invested in Dubai, it did not have idea whether these people declared the overseas properties in their returns, he added.

The SBP is also clueless about how the money actually flew outside of Pakistan. Earlier this year, former SBP governor Ashraf Wathra had said the central bank never allowed any individual to buy offshore properties and people who invested abroad transfer money through both legal and illegal channels.

“Everyone knows how people transfer money abroad, and these channels are Hawala, Hundi and the Protection of Economic Reforms Act (PERA) of 1992,” Wathra had told members of the NA Standing Committee on Finance and Revenue.

The SECP on Tuesday suggested that the FBR should check the data of these individuals.

The Income Tax Ordinance 2001 and the Protection of Economic Reforms Act of 1992 are the two main sources of providing this protection.