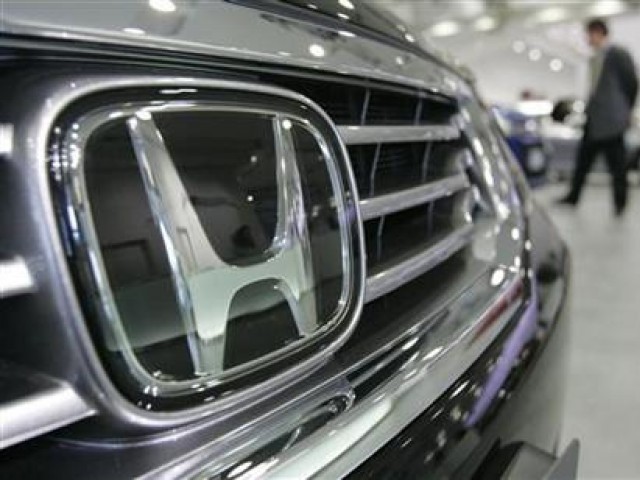 A man walks past Honda Motor Co. cars at a showroom in Tokyo January 30, 2008. PHOTO: REUTERS

KARACHI: Sales of locally assembled vehicles, including jeeps and light commercial vehicles, jumped to 18,798 units in September 2017, up 17% compared with 16,060 units in the same month of 2016, according to the latest data released by the Pakistan Automotive Manufacturers Association (PAMA).

“These numbers are in line with estimates given fewer working days in September 2017 due to Eidul-Azha holidays compared to August 2017,” a Topline Securities report said.

Looking at original equipment manufacturers (OEMs) individually, Honda Atlas continued to outperform peers with sales increasing 24% year-on-year in September due to success of the new models of Civic and BRV.

On a month-to-month basis, however, sales lagged by 27% as Honda’s plant was shut down for a longer period (compared to others) due to clumping of Eid and Muharram holidays. In first quarter of fiscal year 2018, Honda’s sales grew 56% to 12,606 units.

Indus Motor, the makers of Toyota Corolla, lagged behind peers with a meagre 4% year-on-year growth in September 2017 and 5% growth in first quarter of FY18 due to production constraints. Overall, the company sold 15,087 units in the first three months of FY18.

Tractor sales continue to exhibit an upward trajectory with sales growing by 74% year-on-year in September 2017.

This trend may continue due to on-going major infrastructure projects under the China-Pakistan Economic Corridor (CPEC) that are expected to improve road connectivity in the country.

Yet to be resolved: GHPL MD’s 3-year term ends without release of ‘disputed’ pay