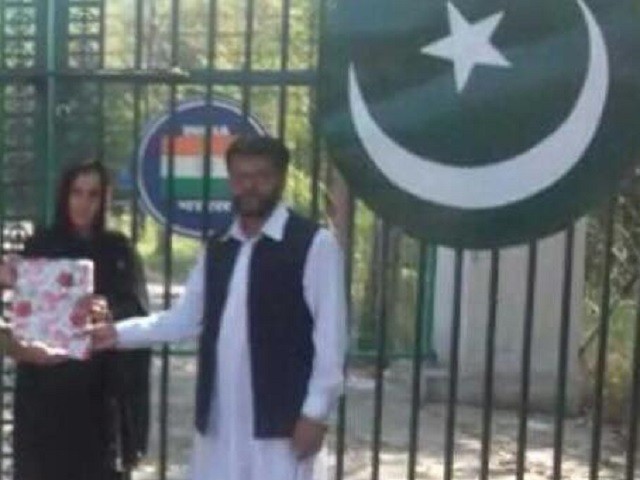 Civil and military officials on both sides were present on the occasion. PHOTO: ISPR

As a goodwill gesture and Pakistan’s persistent efforts to maintain peace and tranquility along the Line of Control (LoC), the army returned on Tuesday a resident of Indian-occupied Kashmir (IoK) who had inadvertently crossed the LoC in Chirikot Sector.

According to the Inter-Services Public Relations (ISPR), Asmat Jan was handed over to occupied authorities at the Rawalakot-Poonch crossing points on humanitarian grounds.

Civil and military officials on both sides of the border were present on the occasion, the army’s media’s wing said.

In January, an Indian soldier, Chandu Babulal Chohan, captured by army, was also handed over to Indian authorities at the Wagha border.

Similarly in April, India’s Border Security Force had handed over a Pakistani teenager who traversed into the country’s territory unintentionally in the Abohar sector, Indian Punjab.

Situation at the LoC remains volatile. In 2017 to date, Indian forces have carried out more than 900 ceasefire violations along LoC and the Working Boundary, killing at least 43 civilians and injuring 153 others.