Sajal Aly's mesmerising singing debut has left us wondering when her solo album is coming out!

Sajal Aly's mesmerising singing debut has left us wondering when her solo album is coming out!

While there is no doubt the actor posses­ses ace acting skills, what we didn't know was that Sajal is a gifted singer!
By Entertainment Desk
Published: October 10, 2017
Tweet Email 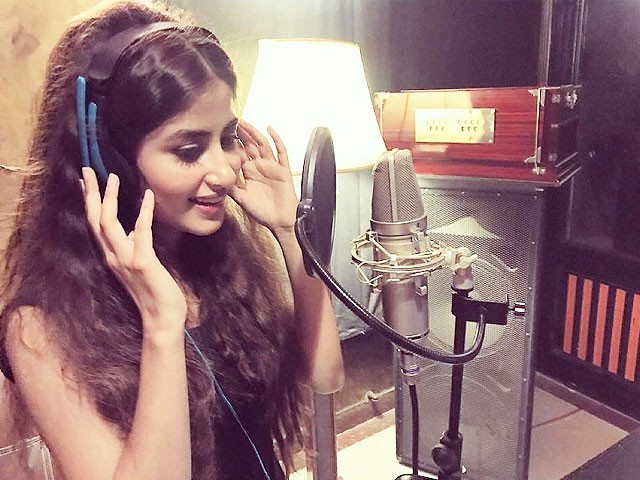 Sajal Aly is on a roll and how…

The Mom starlet has been making headlines yet again with two of her recent serials, O Rangreza and Yaqeen Ka Safar.

While there is no doubt the actor possesses ace acting skills, what we didn’t know was that Sajal is just as gifted, a singer.

A few weeks back, Sajal took to Instagram to share a post that left us curious and intrigued as to what the starlet had up her sleeve. From what it looked like, she was all set to make her singing debut.

And now her secret’s finally out. The actor sang a rendition for her latest show O Rangreza which also features rising star Bilal Abbas Khan, and to be honest, it’s surpassed our expectations.

The Gul-e-Rana star  surprised us with her melodious vocals and we’re hoping she delves further into singing. The acoustic rendition of the song is soulful and would most certainly make you a fan.

The best thing ive heard in a long, long time. MADE MY DAY. #sajalaly #ORangreza

On the film front, Sajal recently made her Bollywood debut alongside Adnan Siddiqui, Sridevi, Akshaye Khanna and Nawazuddin Siddiqui in Mom.

After receiving massive appreciation from the audience and critics alike for her movie, Sajal is back to her roots and is currently working on two dramas.