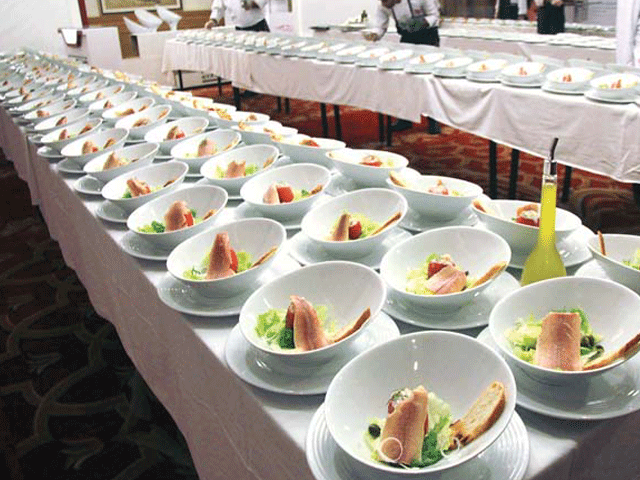 ISLAMABAD: The capital administration has penalised two popular and upscale restaurants for poor hygiene and substandard food. Two restaurants, Khiva and Atrio, both located in Sector F-7 Markaz, were fined Rs150,000 by Assistant Commissioner City Saad Bin Asad on Thursday. The two eateries were penalised for serving expired food items, maintain poor hygiene and for paying their staff lower than the minimum wage. The kitchen workers of the restaurants were also found without gloves and caps.