Two Pakist­ani civili­ans had been killed in firing across LoC over weeken­d
By AFP
Published: October 2, 2017
Tweet Email 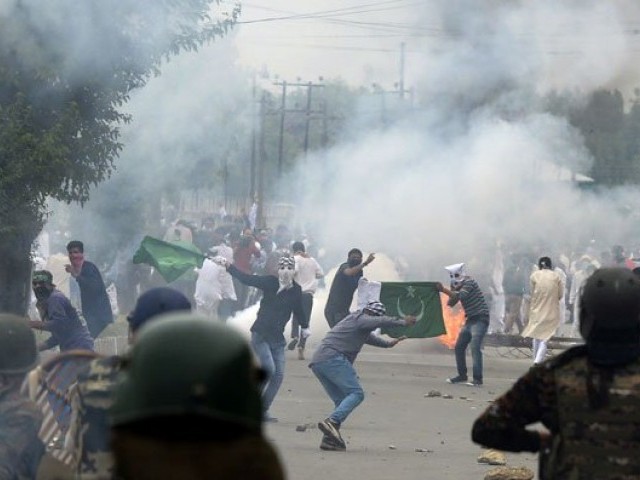 SRINAGAR: Two children were killed, on Monday, during an exchange of fire between Indian and Pakistani troops in disputed Kashmir, Indian authorities said.

Twelve more civilians, including two women and two teenage girls, were wounded on the India’s side of the heavily-militarised Line of Control (LoC) that divides the restive Himalayan region. A police statement said firing had killed a 10-year-old boy and a 15-year-old girl.

US to mediate between Pakistan and India over Kashmir issue

Last month it said a five-year-old girl had been killed when she was hit by a bullet fired from the Indian side. New Delhi says Pakistan initiates cross-border firing, Islamabad denies the allegation and says it only provides diplomatic support to the Kashmiri struggle for the right to self-determination.