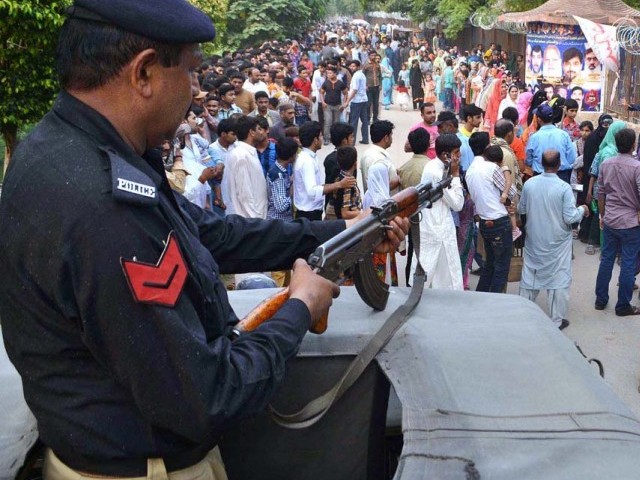 City police have prepared a comprehensive security plan to provide security and maintain peace throughout the district where additional police contingents have been deployed to avoid any untoward incident. Police sources said 33 processions have been declared extremely sensitive out of total 285 processions. Meanwhile, 15 majalis have also been declared sensitive and police said extraordinary security measures would be taken to provide security to the participants. Keeping in view the sensitivity of the these processions and majalis, more than 6,000 police personnel from Elite, Quick Response Force, Traffic Police and Punjab Constabulary have been deployed at sensitive spots in the city. Meanwhile, Police National Volunteer and Hussaini Volunteer will also observe their duties.

All the people participating in processions and majalis will be physically searched and scanned through metal detectors and walkthrough gates.

On the inter-district and inter-provincial check posts strict checking system should be adapted and video recording of all the passengers should be done while pickets should be established on the entrance and exit ways of the city and ensure strict checking.