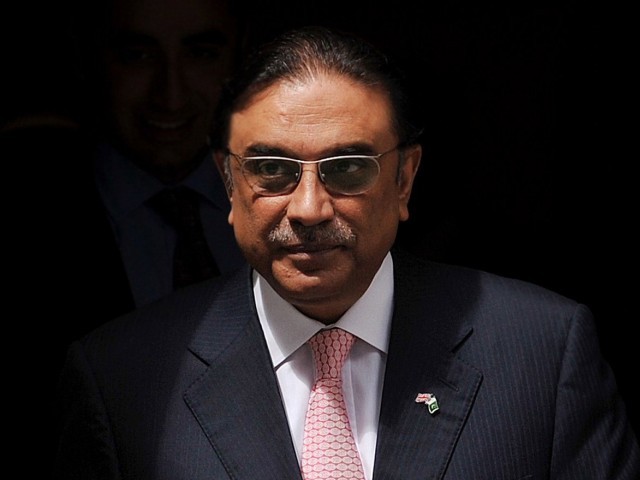 ISLAMABAD: PPP Co-chairman Asif Ali Zardari is back in action. This time, it is to frustrate a possible move by Imran Khan’s PTI and its newfound ally, the MQM-Pakistan, to unseat Syed Khursheed Shah as leader of the opposition in the National Assembly.

Top leaders of the PPP – the largest opposition group in parliament – met at Zardari House in Islamabad on Friday to work out a three-pronged strategy to retain the coveted slot. Zardari presided over the meeting, where attendees included Khursheed Shah, Qamar Zaman Kaira, Farhatullah Babar and Nayyar Bokhari.

According to the new strategy, the Pakistan Peoples Party will approach likeminded opposition to muster their support, request Maulana Fazlur Rehman’s JUI-F to join the opposition ranks in the National Assembly, and attempt to woo MQM-Pakistan to its side.

Sources say Zardari has decided to jump into the fray and personally oversee all efforts to defeat the PTI’s maneuvers to unseat Khursheed Shah.

Publicly, PPP leaders are confident that any move to replace the opposition leader would be doomed, especially given the internal wrangling within the PTI and MQM-Pakistan.

Nonetheless, Zardari and his political aides decided to approach smaller opposition groups, like Jamaat-e-Islami, Awami National Party, and independent MPs from Fata to muster their support. Khursheed Shah has been assigned this task. He will be meeting JI Amir Sirajul Haq, PML-Q chief Chaudhry Shujaat Hussain, and several Fata MPs.

The JI has four MNAs, the PML-Q and ANP have two MNAs each, while the number independent MPs from Fata stands at six.  The PPP will try its best to win over their support. In a worst-case scenario, Zardari would request the JUI-F, which is an ally of the PML-N, to join hands with the PPP to swell the ranks.

Sources said the PPP would establish behind-the-scenes contacts with the ruling PML-N, and JUI-F chief Maulana Fazlur Rehman is said to be acting as a go-between to ease out differences between the two parties. They say the ruling party is also approaching likeminded political groups to defeat the PTI’s move to replace Khursheed Shah.

The PML-N leadership will seek to persuade MQM-Pakistan to give up its budding political romance with the PTI.

According to Express News, Khursheed Shah told Zardari in Saturday’s meeting that he enjoyed the support of political allies and ‘friends’. Zardari called the PTI’s move to replace the opposition leader ‘unwarranted’.  “We will defeat such maneuvers as we have in the past,” he was quoted as saying in the meeting.

According to sources, the meeting also tasked Khursheed Shah with picking out a name for the position of NAB chairman in consultation with other opposition parties. Khursheed Shah will evolve consensus on the opposition’s nominee and then forward it to the prime minister.

Every party has right to replace me, says Shah

Speaking to journalists after the meeting, Qamar Zaman Kaira said that the PPP has full confidence in Khursheed Shah. “If someone wants to replace him, he can go ahead follow the procedure laid down in the Constitution,” he added.

He sought to dismiss the talk of any underhand deal with the PML-N. “We condemn political wheeling and dealing,” he said. “Nawaz Sharif, the deposed prime minister, is ruling the country, but at the same time he also wants to assume the role of opposition.”

About the MQM-Pakistan, Kaira said the party had voted for Shahid Khaqan Abbasi during the recent vote for the leader of the house. “But, now it has joined hands with the PTI to replace the opposition leader – which is not understandable.”

(With additional reporting by Amir Khan in Karachi)