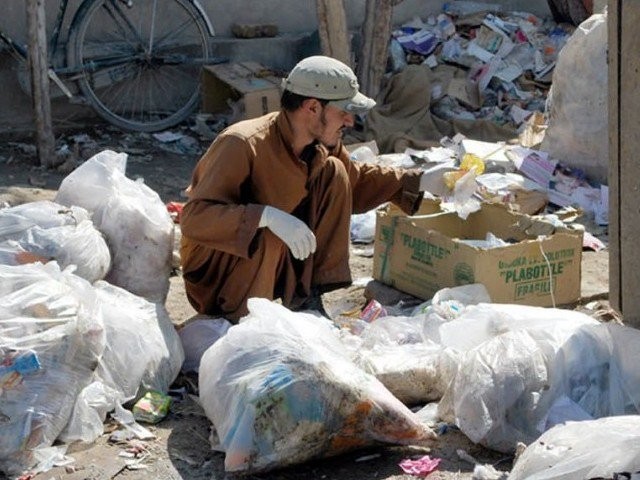 ISLAMABAD: Unsafe collection and disposal of healthcare medical waste at community waste sites is a threat to the healthcare workers, community and the environment.

According to reports, it was observed that most of the waste generated by health facilities was not properly disposed of.

Hospital waste was either dumped at garbage bins or sold directly to scrap dealers.

Scavengers driven by extreme poverty and ignorant of risks were, involved in sorting and handling the infected materials at waste sites, picking up anything worth recyclable

Syringes, infusion and blood bags were their favourite items. Scavenger boys and sweepers of healthcare facilities sell these goods to junk dealers. It has been discovered that there is potential market of healthcare waste in recycling business.

Any person exposed to this kind of waste, can acquire infections, an environmentalist and retired professor of Department of Environmental Sciences Rahman Amir said in a report recently aired on the media.

Amir added that that such unregulated dumping of medical waste not only pollutes the environment, but also contributes to the spread of certain diseases by exposing health care workers, waste handlers, patients and the community at large to toxins and infections such as hepatitis,  diarrhoea, food-borne illnesses and skin infections.

Besides, medical incinerators bring with them a different set of problems, he said, adding, it also shown that burning medical waste can cause air pollution as incinerators emit dioxins, mercury, metals, and other pollutants including residual ash that are harmful to the environment and to public health.

She also mentioned municipal workers and waste handlers, especially, are at risk of exposure to infectious materials and of being injured by discarded needles.

“Some 20 to 25 per cent of the total waste generated by health-care establishments is regarded as hazardous and may create a variety of health and environmental risks if not managed and disposed of in an appropriate manner,” she highlighted.

Moreover, it was also revealed that government as well as privately-run hospitals and dispensaries are throwing their waste either in open places or in filth depots of local councils, she concluded.