Nine women have been attack­ed by a motorc­yclist wearin­g a helmet, black t-shirt and jeans
By Our Correspondent
Published: September 30, 2017
Tweet Email 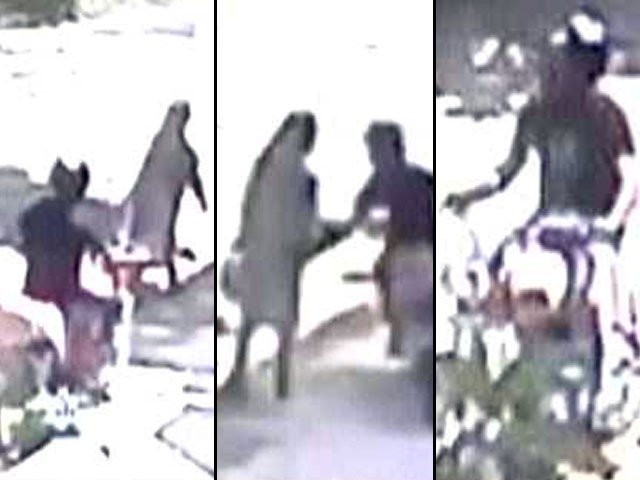 KARACHI: Police have announced a reward of  Rs500,000 for information that could lead to the arrest of a “psychopath”, who has stabbed at least nine women with a blade in Karachi’s Gulistan-e-Jauhar area.

The police say that the attacker usually wears jeans, a black t-shirt and a helmet to cover his face and is between 25 and 30 years old. He is around five feet and seven inches tall.

Though investigators have not succeeded in tracing the lone attacker, they claim to have laid a network of personnel and informers in plainclothes in the locality to find the suspect.

Since September 25 there have been at least nine cases of a motorcyclist attacking women with a blade in parts of Gulistan-e-Jauhar that fall in the jurisdictions of the Gulistan-e-Jauhar and Sharae Faisal police stations.

Gulshan-e-Iqbal Division SP Ghulam Murtaza Bhutto said so far there has been no major development in the case but the police have laid a network of personnel and informers in plainclothes in the area. The attacker will be in the police’s custody soon, the officer claimed.

Nine cases of attempted murder, injuring and harassing women have been registered at the Gulistan-e-Jauhar and Sharae Faisal police stations.

Shootout at Sachal: Malala ‘attacker’ among four killed in Karachi

According to investigators, in all the incidents the attacker stabbed the women in their backs using a paper-cutter.

Dr Zaeem, a coordinator at the emergency ward of the Darul Sehat Hospital located in block 15 of the neighbourhood where most victims were treated, told The Express Tribune that the wounds inflected were considerably serious and large.

“The wounds bled profusely and had to be stitched up. They appeared to be caused by a large sharp-edged pointed object,” the doctor said, adding that the hospital received only four patients with these injuries. However, electronic media reports suggested that there were three more victims who went to other hospitals and remain untraceable.

All the attacks are said to have possibly been carried out by the same person, as the testimonies of the victims narrate a similar style of attack. The attacker wore a helmet, black t-shirt and a pair of jeans and stabbed his victims from behind before riding away on his motorcycle.

The attacks were first reported on social media and Facebook posts quoted a person named Syed Hassan Farooq, who is said to be a medical officer at the abovementioned hospital, cautioning that a gang was roaming the roads and streets of Gulistan-e-Jauhar attacking women.

The post stated that the incidents were reported on the road leading from Jauhar Chowrangi to Pehlwan Goth, more precisely near King’s Residency opposite Rabia City.

“Nothing can be said at the moment about the suspect because it is an unusual case,” said Gulshan-e-Iqbal Division SP Bhutto. “No victim has seen his face – he wore a helmet. But we are trying to get more information about him through closed-circuit television cameras installed in the neighbourhood,” he said.

The attacker could be a psychopathic maniac who is attacking people, the police officer suggested, adding that he acted alone in these felonies. “We have begun a hunt for him. Our intelligence teams are on the ground looking for every clue that could lead us to him.”

Work on KCR to begin on December 25, vows CM