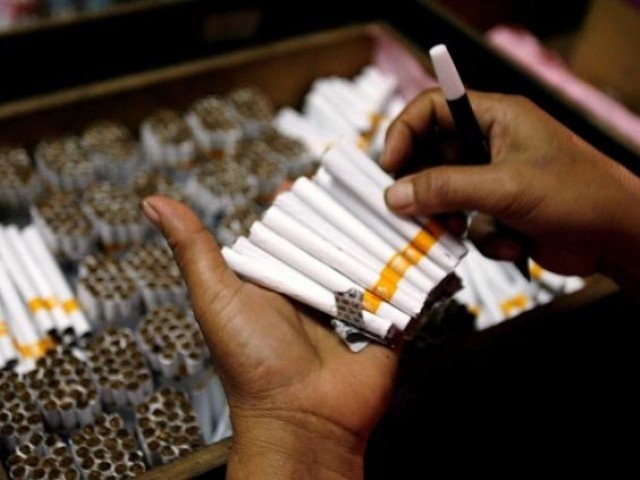 ISLAMABAD: Social activists on Thursday called on the government to implement in letter and spirit a decision from the federal ombudsman on smoking.

The ombudsman, on a complaint filed by the Pakistan National Heart Association (PANAH), had directed on September 23 that the government implement article six of the World Health Organisation’s Framework Convention on Tobacco Control (FCTC) for taking pricing and taxing measures to reduce the demand for tobacco within 30 days.

The civil activists from the Coalition for Tobacco Control – Pakistan (CTC-Pak) and TheNetwork for Consumer Protection (TN), in a joint press conference at the Rawalpindi Press Club on Thursday, urged both the federal ministries of national health and finance to implement the ombudsman’s decision without any delay.

PANAH Chairman General Masoodur Kiyani said that in light of the recent decrease in tobacco tax in the budget, PANAH had filed an application with the federal ombudsman’s office alleging that the ministries had failed to implement the FCTC, an international treaty signed by 128 countries – including Pakistan.

General Ashraf Khan, the former chairman of PANAH, claimed that the tobacco industry had allegedly manipulated its figures into convincing the financial authorities into lowering taxes.

However, their complaint led to the ombudsman summoning officials from eight different government departments.

“FBR considered PTC and PMI arguments while preparing the budget proposal for 2017-18 and utterly overlooked the NHSR&C’s recommendations for an increase in tobacco taxation,” said The Network’s representative Sana Azmat Rana, adding that recommendations of the FCTC are binding on all government institutions.

“Prior to the budget announcement, recommendations of ministry of health were sent to the Finance Ministry, the Minister of State for National Health had asked for an increase in the federal excise duty on lower slab of all brands of cigarettes from Rs32.98 to Rs44 per pack of 20 cigarettes, however, the finance ministry ignored the proposed suggestions and made the decision by according priority to arguments given by tobacco industry. FBR should not use data provided/funded by the tobacco industry.”

Khurram Hashmi, the national coordinator of CTC-Pak, lamented that the tobacco industry’s manipulation of the government by feeding them false information was nothing new.

“The implementation of enhanced 85 per cent pictorial health warning (PHW) is also compromised due to the industry’s influence over the ministries,” he said. “Despite the claims by the industry, their statistics gleaned from the audit reports astonishingly reveal that the tax collection for the year 2016-17 is Rs60 billion only in comparison to Rs155 billion of the year 2015-16. Ironically, instead of raising the tax, MoF significantly reduced the tax on cigarette packs making cigarettes more accessible to the public, especially youth and children.”