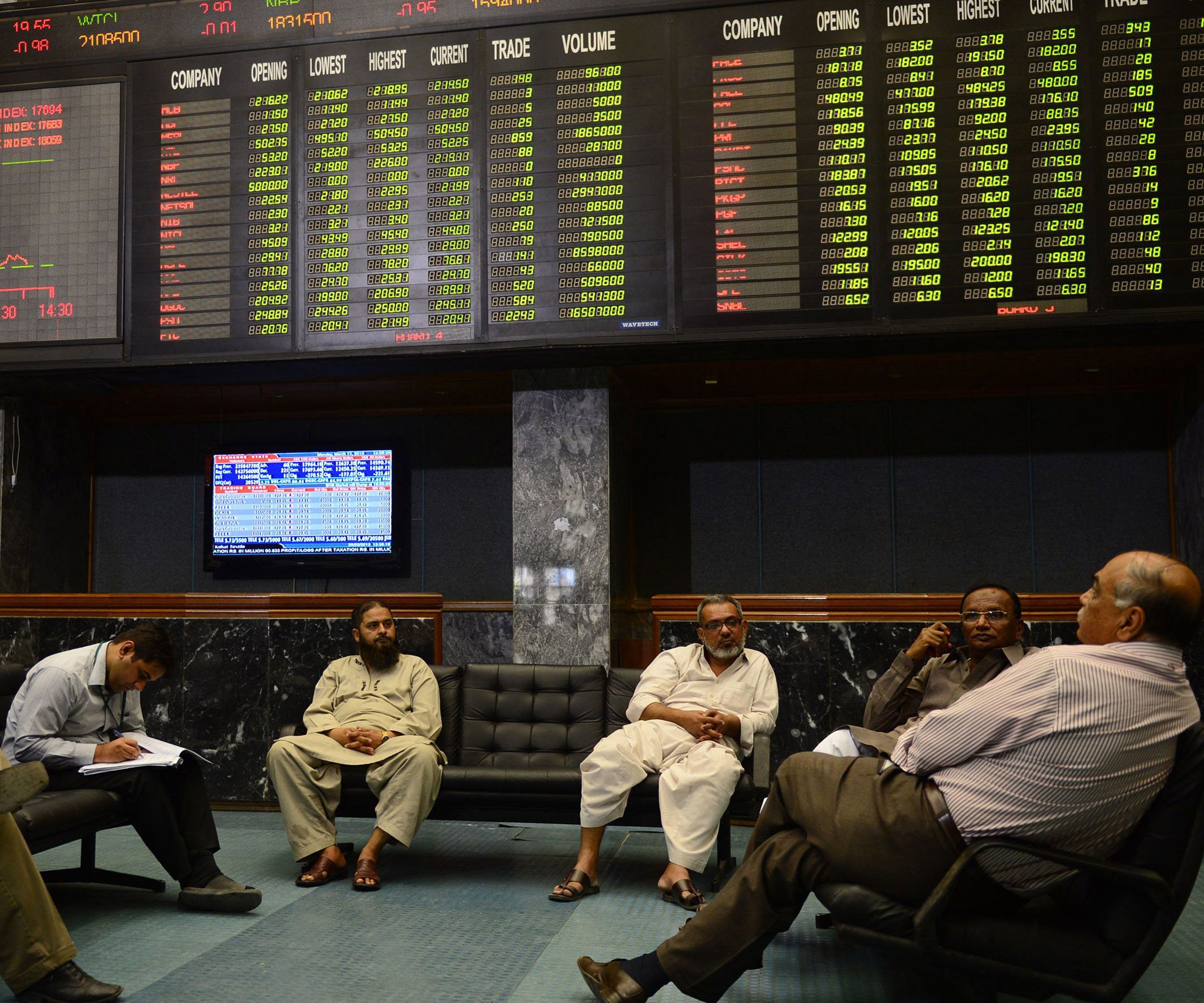 Despite an encouraging opening, which saw the index almost touch 43,000 points on the back of strong buying in the crude oil sector due to high global crude oil prices, stocks failed to carry the momentum with banking and cement sectors being the major laggards.

According to Elixir Securities, Pakistan equities closed marginally lower due to lacklustre trading with Benchmark KSE-100 Index trading in a narrow range of 350 points.

“Wider market, however, failed to follow the lead and struggled for direction throughout the day with political uncertainty remaining a major distraction as ex-PM Nawaz Sharif appeared before an accountability court on corruption charges.

“Activity was depressed with most investors remaining at bay or trading selectively, as evident from the under 150 million shares traded on KSE-All Index. Fertiliser also closed in the red due to profit-taking by investors despite a strong showing on Monday on the back of higher global urea prices.

“National Bank of Pakistan (-5%) hit its second consecutive lower price limit after the apex court verdict on pension liability case which could see penalties amounting to two years of profit being levied on the bank.

“We expect range-bound trading to continue in the near term owing to dearth of positive triggers and on-going politics dominating headlines,” the report added.

“Volume traded was slightly better, where K-Electric (+9.19%) was the volume leader for the day with 34 million shares of the power stock changing hands,” he said. 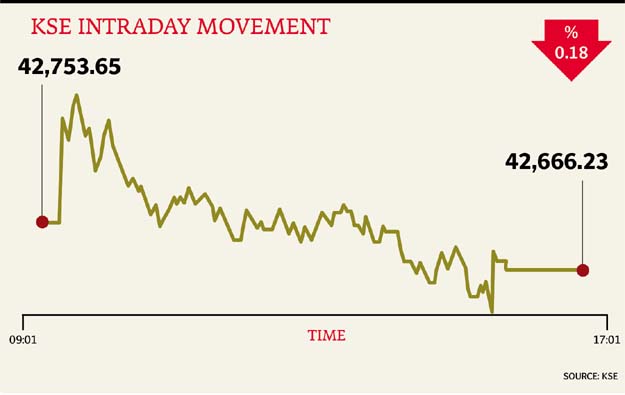 “Crude oil prices hovered near their 26-month high supported by Turkey’s threat to cut crude exports from Iraq’s Kurdistan region, leading to E&P sector closing in the green zone, where POL (+3.53%) and PPL (+1.25%) were the major gainers in the aforementioned sector.

Shares of 370 companies were traded. At the end of the day, 127 stocks closed higher, 223 declined while 20 remained unchanged. The value of shares traded during the day was Rs7.2 billion.

Foreign institutional investors were net sellers of Rs699 million during the trading session, according to data compiled by the National Clearing Company of Pakistan Limited.